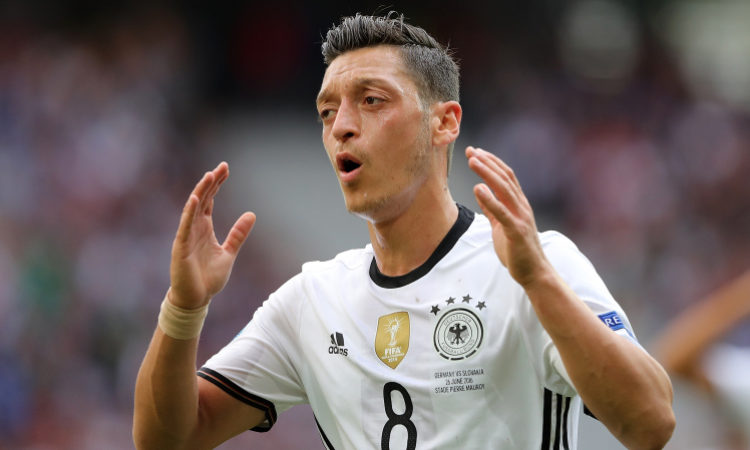 Germany suffered an unbelievable defeat at the hands of Mexico in their group F opener at 2018 World Cup at the Luzhniki Stadium. Hirving Lozano’s early first-half goal made the difference between the both sides in an entertaining encounter in Russia.

That defeat happens to be Germany’s first defeat in the World Cup since they lost to Spain in the 2010 semi-final in South Africa. It also happened to be the first time Germany has lost their opening game at the tournament since 1982.

Mesut Ozil started and played the entire 90 minutes including his teammates who struggled with the pace of the Mexicans. The Arsenal star was before the match a big doubt for a start after he picked up a slight knee injury in training, but was later passed fit by the German doctors.

Despite declaring himself fit for the opener, Ozil looked like a shadow of himself throughout the game; he really lacked sharpness and struggled to make an impact in Moscow.

Mexico were able to hold on till the end for a historical victory against the Germans after Hirving Lozano scored an outstanding goal in the 35th minute.

While Ozil is known for his lack of defending ability, he atleast could have done better against Lozano leading to his opener. The Arsenal attacker reluctantly failed to catch up with Lozano before gifting the PSV Eindhoven winger to score the decisive goal.

Former Arsenal midfielder Stewart Robson criticized Mesut Ozil’s lack of athleticism as part of the reason behind the defeat. He stressed that the lack of speed in the Germany midfield, with Sami Khedira and Toni Kroos playing alongside the Ozil, will really caused them progressing in the tournament for the Germans.