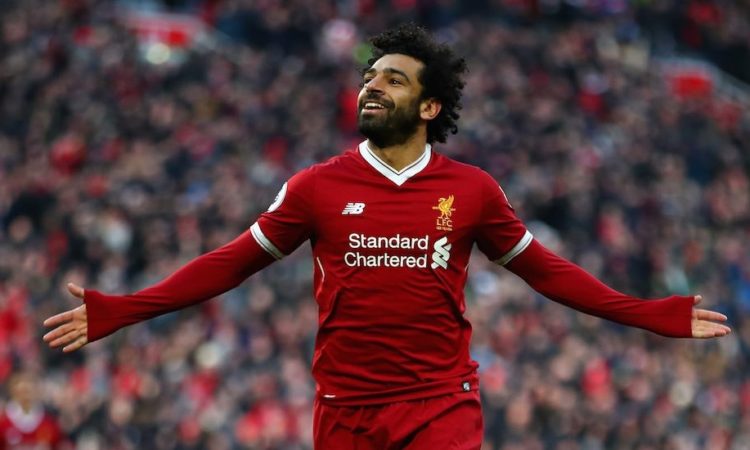 The Egyptian forward Mohamed Salah has penned down a long time deal which is believed to around 5years deal with Liverpool till the summer of 2023.

After a remarkable debut season with the Anfield outfit, he has now committed his future with an improved offer for five more years deal.

He joined from Roma last season in a £36.9 million ($48.6m) and took the Premier League in storm, scoring a total of 44 goals in all competition for the Reds. With his blistering form for Liverpool which earned him the PFA Player of the year and Footballer of the year Golden Boot awards, he will be a commanding figure yet again as Liverpool Manager Jurgen Klopp looks to challenge in all fronts.

However, reports has it that there is no release clause as he has been chased by Real Madrid for some time now, both Mohamed Salah and his representatives are happy to continue plying their trade in the Premier League with Liverpool.

It is understood that the Egyptian superstar has cherished his relationship with the club and Manager over his recent development and form, the former Chelsea winger who had a disappointing World cup campaign where he and his National team were eliminated from the group stage, following his failure to get over with the shoulder injury he picked in the Champions League final last may, Liverpool supporters are anticipating him to be fully fit and running for the season opener, while he is expected to be back for preseason later this month.

Jurgen Klopp who was happy to see his favorite player commit his future with the club, he said on Liverpool official website, (I think this news can be seen for what it is; rewarding a person who performed and contributed greatly for the team and the club last season. It demonstrates two things very clearly also, his belief in Liverpool and our belief in him. We want world-class talent to see they have a home at Anfield where they can fulfil all their professional dreams and ambitions, we are working hard together to achieve this. When someone like Mo Salah commits and says this place is my home now, it speaks very loudly I think. Equally, our commitment to him says we see his value and want him to grow even more and get even better within our environment. The key thing to remember is the best thing about Mo is that he never sees himself as being more important than the team or anyone else within it.

He recognises his team-mates and this club helped him achieve individual success last season. He sees the individual awards come because he is part of something bigger that is special. Mo reflects where we are as a team, I think. Last season was special with many special moments – but we want more. We want to be more successful and achieve more together – as the supporters sang so loudly, we are never gonna stop’. This has to be the attitude individually and collectively).

However, new Liverpool signings Naby Keita and Fabinho will join all the non-World cup players to report to pre-season next Monday as they prepare to face Chester next Saturday as they gear up for their first pre-season game.

Then the likes of James Milner, Loris Karius Nathaniel Clyne and Daniel Sturridge will likely be checked by Liverpool’s fitness Coach Andreas Kormmayer before they could be allowed to join others train. The Reds are said to be expecting at least 26 first team players next Monday in their training base.

Notwithstanding, Liverpool will be looking at Sadio Mane to also commit his future as his fellow deadly front teammates like Mohamed Salah and Roberto Farmino to a long term contract.

Nevertheless, Liverpool will be a force to reckon with if they continue the prolific form which saw them reach Champions League final.