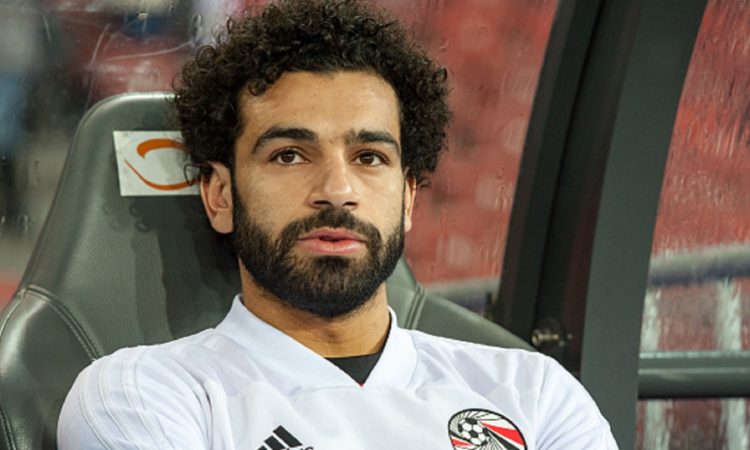 Mohamed Salah Declared himself fit for Today’s Encounter with Russia

Egyptian forward Mohamed Salah is the name on everyone’s lips around the world as host country attempt to try and secure their place in the knockout stages of the World Cup today in Saint Petersburg.

There is a big fear before the campaign over the host poor performances but all of those fears were blown away by a 5-0 thrashing of Saudi Arabia in the opening game. But this time the seven-time African champions will be a threat the Russians but it will all depend on the fitness of Mohamed Salah.

The Liverpool winger has not played any competitive match since leaving the Kiev in tears early in the Champions League final about three weeks ago after landing heavily on his left shoulder with Sergio Ramos touted to be the cause and since then he had to watch from the bench as Egypt lost 1-0 to Uruguay in their opening game.

The tricky forward has been declared 100 per cent fit by Egypt’s team doctor and his agent, suggesting he will be in starting squad for today’s encounter. According to the Egyptian Technical staff Ihab Leheta said ‘’Salah to part in training with his team-mates for the entire session and he is ready to play against Russia..

The Russia’s game will be very tough and difficult because of our defeat against Uruguay,” said Leheta. “Winning is our only choice”.

If Salah is fully fit, the winger who scored 44 goals in his debut season at Anfield, will be a cause of concern for the Russians. But the Liverpool forward took to his Instagram  and delivered a motivating  message to Egypt fans ahead of facing Russia.

According to his Instagram post, he wrote with the caption “Ready for tomorrow, 100 million strong.” He continued ‘‘You would think all those people, all that pressure to perform, would be too much,” he narrated over a film of Egypt’s journey to the World Cup finals. “It can crush a player. But that’s not how I see it. “These are my people. They’re not a weight on top of me. “They are behind me. Driving me to create. “And when I step onto the field we are together. Salah Quoted.

Meanwhile, there was concern that Russia could become the second host nation to be eliminated from World Cup at the group stage after they failed to win their seven game build up to the tournament but came in and won their first game against Saudi Arabia.

With the way it looks Uruguay are favourite to top the group, though, Russia are determined not to hope getting results from their final group game against the two-time former world champions.

According to Russia’s deputy prime minister and former football federation president Vitaly Mutko who said that ‘’the second game will be our most important one in the group stage,” this came after he attended Russia’s training session on Sunday.

The host nation will be without one of their key players in Alan Dzagoev who is expected to miss the rest of the tournament after damaging his hamstring in Thursday’s 5-o win over Saudi Arabia.

While,Mohamed Salah has been declared 100 per cent fit by Egypt’s team doctor and his agent.

This will be the first ever encounter between Russia and Egypt

Since the break-up of the Soviet Union, Russia are unbeaten against African opposition at the World Cup (W2 D1).

This also includes a 6-1 win against Cameroon in 1994, with Oleg Salenko scoring five goals

Egypt have never beaten European opposition at the World Cup, drawing two and losing two of their four games

Russia’s 5-0 win against Saudi Arabia was the second biggest ever by a host nation in their opening match at a World Cup tournament, after Italy vs USA in 1934 (7-1)