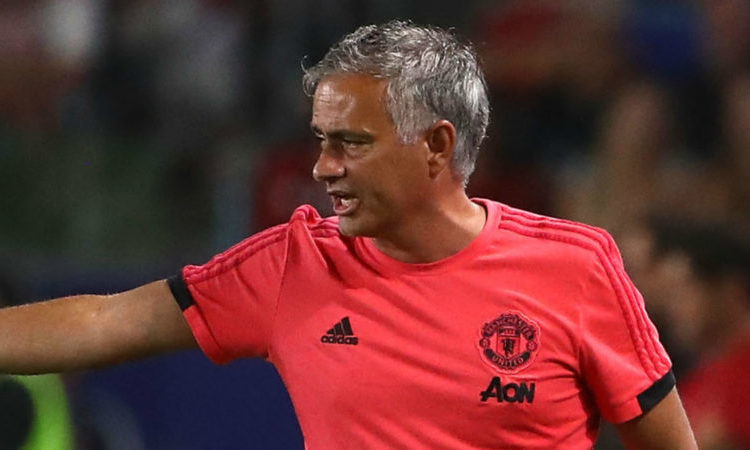 There was little to cheer for Jose Mourinho and his Manchester team, as the manager confirmed that Serbian midfielder will not begin the league season with the club. This was coming after the Red devils were hammered 4-1 by rivals Liverpool, in the international championship competition at Michigan stadium on Saturday.

The Portuguese tactician in his post-match conference expressed frustration at the clubs inability to land his listed players, with 12 days left for the transfer window to close. Mourinho was also of the opinion that the club could struggle when the league season starts if necessary addition to the team are not made. He also believes that the lack of pre-season participation from the team players could affect the club, stressing that most players are yet to resume fully due to their previous engagement at the World cup.

Mourinho confirmed that Nemenja Matic picked up an injury in the World cup and have already undergone surgery in Philadelphia. The manager however did not disclose the cause of the injury. “He is out for the start of the season” Mourinho told club website. “He came from the World cup with the injury and the time he had for rest was not enough to resolve the problem”. “I don’t know how long he will be out for”.

Mourinho would made use of the Serbian international presence at the middle of the park on Saturday as his united team were battered by fierce rivals Liverpool 4-1 in front of more 100,000 spectators at Michigan. The Merseyside team netted four times with Mane, Sturridge, Sheyi Ojoh and Xherdan Shaqiri all on the scoresheet. The Swiss international began his account with the Reds with a master-stroke bicycle kick.