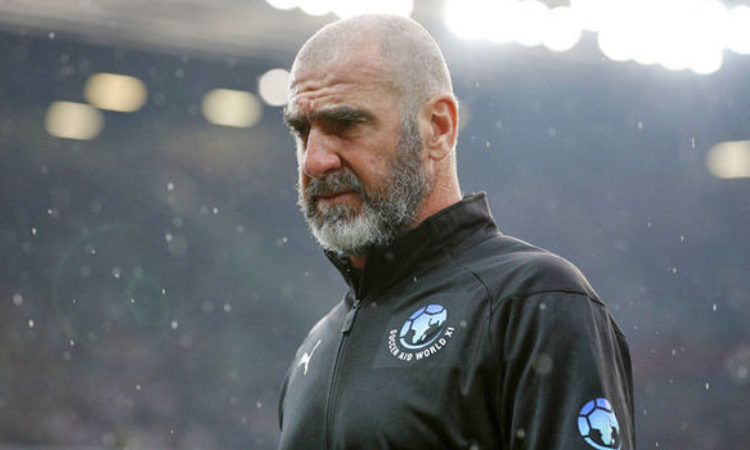 Mourinho is not the right manager for Manchester United: Eric Cantonna

Red Devils’ legend Eric Cantona has stated categorically that Jose Mourinho is not the right man to manage Manchester United. The Red Devils sit in 10 place in the league standings, and recent were shown a football master-class by Seria A side Juventus in the UEFA Champions league. Manchester has only won two home games in the current league season.

Cantona monitoring the club’s situation in the current league season, has shared his opinion about the manager who he believes cannot lead the Old Trafford based club to their dreams.

“It’s not the right man for the right woman,” the former striker said of Mourinho’s relationship with United at a fan event in Nottingham reported by The Republik of Mancunia.

“It’s the way you play,” the 52-year-old said. “You can lose games but you take risks. You lose against Juventus and they have 70 per cent possession of the ball at Old Trafford. Could you imagine that with Ferguson on the bench?” “I suffer and I suffer even more when I see [Manchester City] play so wonderfully”. “I think kids needs to have an example. They need great players, great movements, and creative football to identify themselves to a player or a team. And I think they are now losing a generation of young players”. “These young players identify themselves to the way City play. Can we accept that? No.”

Cantona has suggested that Manchester United should begin the process to sign French tactician Zinedine Zidane, though also revealed that signing a former player as manager will also provide the desired result.

“We see Zidane, who was an ex-player of Real Madrid, never managed any team before and he became the manager of Real Madrid. They gave him a chance,” Cantona said. “[Pep] Guardiola was the same for Barcelona. Antonio Conte at Juventus, [Carlo] Ancelotti at Milan. “They were all ex-players at these clubs and they were given the chance and they won so many things for them. “At United, they never give a chance to a player who knows the club from the inside, who knows the identity and philosophy of the club. “I don’t want people to think I’m saying this because I want to be manager of Manchester United. It’s just the truth. [Ryan] Giggs? Any player who wants to be the manager they should give them the chance.”