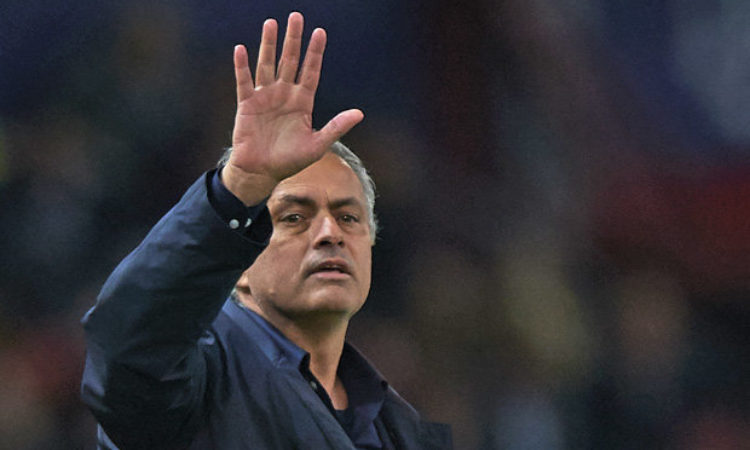 Mourinho wary about Hazard threat ahead of crunch Chelsea game

Manchester United lurk horns with in-form Chelsea in the first fixture of the Premier League on Saturday. The Red Devils currently lies in eight place with seven points separating the side from Chelsea who are joint contenders with Liverpool and Manchester City.

Mourinho knowing the threat posed by his former employer, has singled out Eden Hazard as a player who the Red Devils must keep quiet in other to grab a result. Eden Hazard has been in superb form over the last two months with the Belgian netting eight goals in all competition.

Mourinho bearing in mind the current form of the Belgian has sent what could be called a “Trojan Horse” statement. Mourinho said: “The results speak by themselves. Obviously they are not playing Champions League, and that puts (their focus) just on the Premier League”. “Very good results, top of the league and of course lots of good players but history says that when Eden Hazard is the best player in the Premier League, Chelsea is the champion.”

Eden Hazard has previously stated that he would like to work with the manager again, and Mourinho welcoming the sentiment has responded.

“I would love to have him in Manchester United but I don’t think Chelsea will sell him to Manchester United,” said the United boss. “He’s a nice kid, we had a good relationship, and we were champions together. He was for the first time the best player of the Premier League with me, so I think the feelings are good.”

Mourinho has not gotten a result at the Bridge despite visiting three times, but the Portuguese insists that there will be no wild celebrations if he get a result.

“I think I would try always to control myself and to respect the stadium and the supporters that were my supporters for many years,” he said