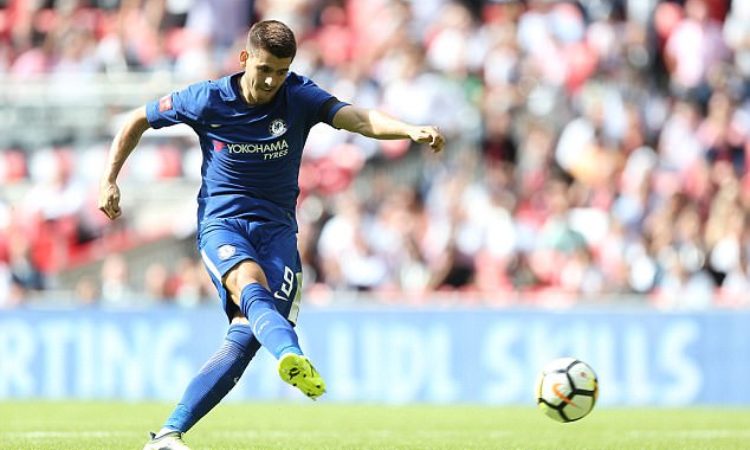 My wife convinced me to remain at Chelsea: Morata reveals

Alvaro Morata has revealed how he almost ended his stay at Stamford Bridge last summer. The Spaniard despite arrival from Real Madrid in a big money move in the summer of 2017 struggled to adapt to life at Stamford Bridge as he could only net 11 Premier league. The second half of his first season at Chelsea was a disaster as the former Juventus and Real Madrid forward could only net once. It ultimately cost him to miss the 2018 World cup tournament in Russia.

The forward who struggled last season seems to have recover from his early dip in form in the current season as he has netted five goals despite missing a game.

The Spaniard revealed that a visit to a psychologist helped bring back smiles to his face, but also admitted that only his wife prevented him from calling quit to his time at Chelsea last summer.

In a talk with ESPN, Morata said: “I told my wife and my family that I had to take a step or two back to enjoy [football] again. I was under a lot of pressure and when you’re like that you stop enjoying [football].

“It is at that moment when you have to realize that either you let them help you and listen to you or you can keep on getting worse. This summer I said to myself once or twice that I wanted to go to a team where I would be happy again, without pressure.

“My wife laughed and said ‘do not say nonsense.’ Many things happen in your head but now I am enjoying [football] again. It was a matter of adjusting my head, which is what controls the body.”