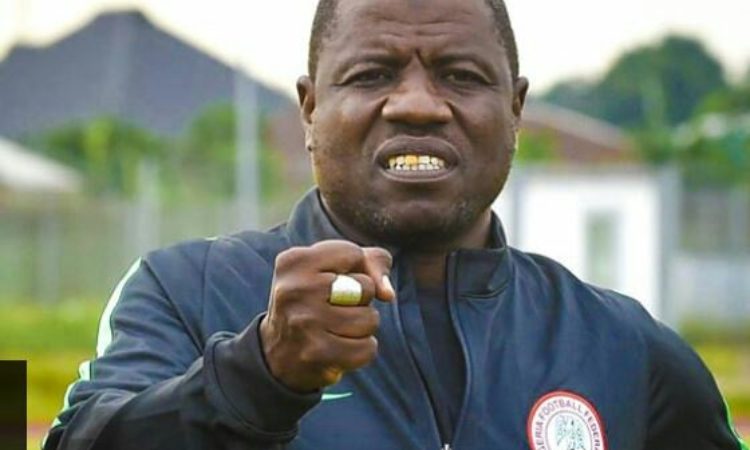 The Nigeria football Federation have made a statement, concerning the fate of embattled assistant coach of the Super Eagles and head coach of the home based Eagles Salisu Yusuf.

Yusuf is currently facing a bribery allegation. The tactician of the Nigerian home-based Eagles, was caught on camera collect money from two fake agent, en-route to the finals of the 2017 Finals of an African tournament. The tactician despite the evidence provided, continues to deny the allegations.

Genort Rohr, in his interview with the media on Friday admitted that the current allegation being faced by his assistant, is likely going to make him to miss out on the Super Eagle’s qualifying game against Seychelles.

Yusuf is also the head coach of the Nigerian U-23 team. Genort Rohr in his interview with the media said: “Although we believe that Yusuf is innocent of the charge because the players were already in team, we have to exclude him from the team until everything is sorted out. “He showed his naivety in accepting the money, which actually did not influence his choices in the team then.”

The NFF is yet to make an official statement, but reports from the media shows that the football federation is on the lookout for a new tactician, particularly for the U-23 team. Super Eagle’s camp resumes on the 1st September ahead of their crunch visit to Seychelles.