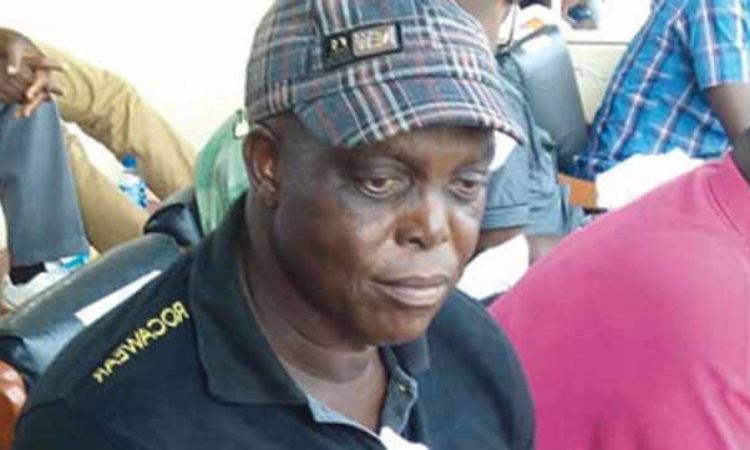 NFF should be blamed for Falcons loss: Godwin Izilien insists

Former handler of the Super Falcons Godiwn Izilien expressed his anger to the media after the Nigerian female football team lost to the Bayana Bayana team of South Africa in the their opening group stage match at the ongoing African Women’s Cup of nations in Ghana.

The Super Falcons were second best throughout the encounter as the South African ladies displayed their youthfulness and flair ability.

Chrestinah Kgatlana grabbed the match-winner six minutes from time, firing in a thumping shot from the edge of the box after leaving Falcons’ defenders and the goalkeeper stranded.

Izilien who lead the Nigeria womens team to success in 2004 could not hide his anger in-front of the media as he states that it’s a waste of money to hire foreign trainers.

“It is not too late to fire this so-called foreign coach because he has just demonstrated that he knows nothing about African football. I watched the match, and started wondering if that was the same Super Falcons. I blame the NFF for wasting our money on a foreign coach. We don’t need an expatriate coach for the female team.

“What our indigenous coaches lack is training and re-training. I am not against a male coach handling the female team, but it must be a Nigerian coach. What Dennerby did with the team on Sunday was just trial and error. He didn’t do anything different from what our indigenous coaches have done in the past. He had the materials, but no good coaching technics. Till this moment, I am yet to understand why the NFF sacked Omagbemi and her coaching crew after they won the 2016 AWC title in Cameroun. This foreign coach has to go now,” Izilien stated.

The NFF hired the foreign tactician against the wishes of Nigerians back in January. The Falcons have not gotten it right under the foreign trainer, with the Nigerian ladies finishing third in the regional WAFU football trainer, suffering the countries heaviest defeat in an 8-0 mulling to France in a friendly match.

The recent defeat even comes as a shock as the trainer was sponsored to spy of South Africa in their regional tournament prior to the continental showpiece.