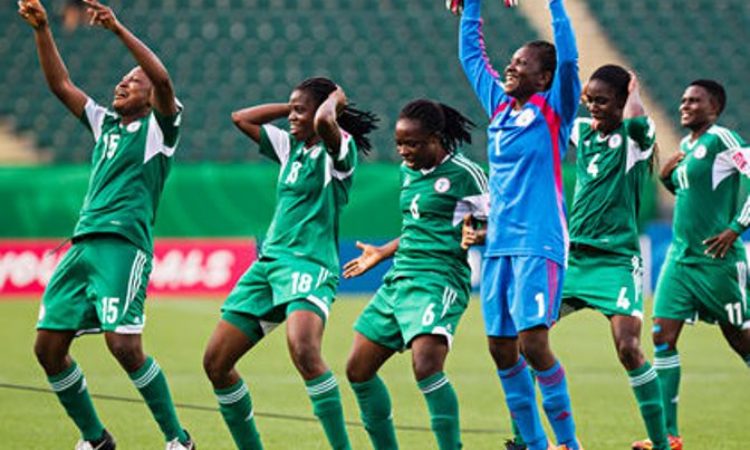 Nigeria U-20 team were paid their entitlement-Danjuma affirms

Tactician of the U-20 Women Nation Chris Danjuma, has quelled rumors emerging that participants of the FIFA U-20 World cup in France are been owed their entitlement.

Danjuma who guided the U-20 team to a quarter-final place in the World cup responded in a media statement released on Wednesday. The Tacticia said: “I see this as a silly, mischievous story. I have spoken to my assistants and backroom staff and they all denied talking to the reporter”. “We were paid our entitlements for the camping in Austria and at the FIFA World Cup, and no money was lost as claimed in the story.” “From the very first day I saw the reporter in our camp prior to our departure to the final training camp in Austria, I observed he was a very funny figure just looking for negative stuff to report. “It is unfortunate that some persons commit their lives to trying to cause mischief and trouble wherever they see there is peace. “We had been paid our entitlements before the sports minister came. I am aghast at what the reporter was out to achieve. Was the reporter in Austria with the team to ascertain we were suffering?” “No member of the Falconets’ technical crew or the playing body has any negative thing to say about the NFF. They did their very best for us and supported the team at each point during the qualifying series, the training camp and the FIFA World Cup.”

The Administrator of the Falcons team, Modupe Shabi, stated that he was surprised with the report that Head of Women’s Football, Ruth David misplacing €10,000. “That is fallacy. Miss David handed the money that was meant for the team to me and I did the payment to the players and officials. “She did not pay anyone directly and certainly did not misplace any €10,000. The entire story is the imagination of the reporter or something he saw in his dream.”