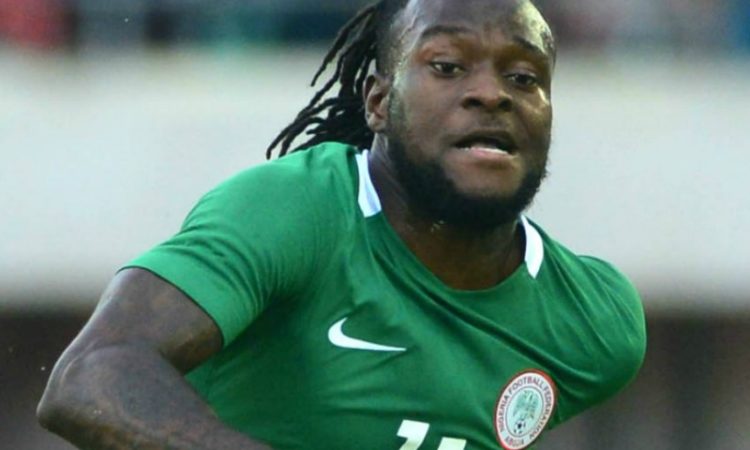 Nigeria star Victor Moses believes his team can go all the way in the world Cup held in Russia if they can get their acts together.The West African are set to feature in their second successive appearance albeit never advancing beyond the quarter finals of the global tournament.

”We are looking forward to the upcoming game with the Croatian team,
we had a good training last week, although before that we had friendly
matches, we were annoyed with the defeats(to England and Czech
Republic)  I think that we look good at the moment,”
Moses said to reporters at the team camp base in Essentuki.

Nigeria will lock horns with Croatia in the first group games and
Moses is keenly aware of the ability of the European team.

”Croats have a lot of individually strong players,they are strong. We
need to be concentrated,it’s very important. ”We can achieve success
with a collective game, each team can be a favorite in this group,”
Moses further added.

The Nigerian player of the year bar any setback. is expected to be in
the team that will play against Croatia on Saturday. The Super Eagles
will seek to qualify from a group that also includes Argentina and
Iceland.