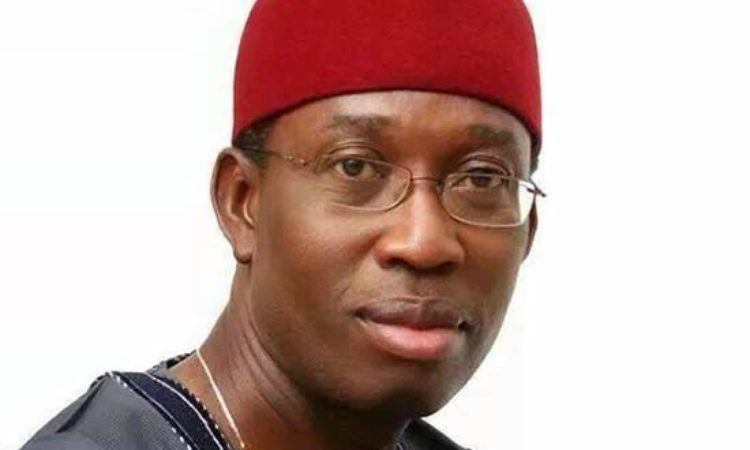 Okowa pledges to reward $25,000 per single goal scored against

Governor of Delta State, Ifeanyi Okowa has promised to reward $25,000 (9 million) for each goal scored against South African side at Johannesburg on Saturday. Okowa made the promise while visiting the Super Eagles training camp in the evening of Tuesday ahead of their departure to South Africa.

“We are truly excited as a state to have you train at the Stephen Keshi Stadium, we are glad that you are in Asaba and from what we can see, and this is a team for today and the future.

“The fact that you are leaving Asaba for South Africa; we are sure you will get victory; you are doing very well and we welcome you to Asaba; as a state government, we will contribute to what you are going to do out there in South Africa, for every goal, we are going to give you $25, 000,” the governor said.

He continued, “When you are back we are also going to host you here in Asaba. We want you to stay strong and success will be yours, because, we are a praying state and we are confident that you are going to South Africa to get a lot of goals,” concludes Gov Okowa.
President of the Nigeria Football Federation (NFF), Amaju Pinnick had thanked the governor for making the Stephen Keshi Stadium available for the Super Eagles to train, describing the team as the “most disciplined, young and promising who are in the home of sports, Delta State. “

Super Eagles head coach Genort Rohr describe the training facility at Asaba as the best in the country, while captain Ahmed Musa promised the governor that the Nigerian team will come out victorious.

Musa and 21 other players trained yesterday as the Nigerian national team prepare for the crunch visit to South Africa.