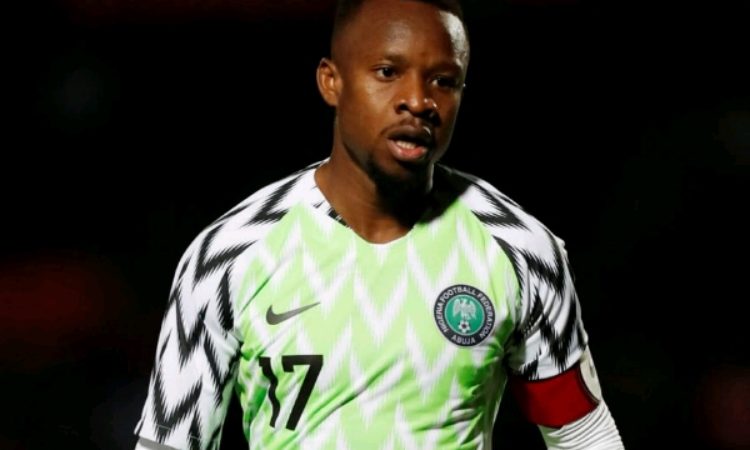 Onazi suffers injury, a doubt for African Cup of Nation.

December 24, 20180
Turkish football outfit, Trabzonspor has confirmed that Nigerian midfielder, Ogenyi Onazi will undergo surgery after rupturing his Achilles in the club’s 4-1 trashing of club side Caykur Rizespor on Sunday in the Turkish Super Lig fixture.
The former Lazio Midfielder was stretched off the pitch in the 32nd minute following an injury and was replaced by club side teammate Jurai Kucka.
The 2013 AFCON winner, who has been one of Trabzonspor’s key performers and influencers in the current football season is now set for a lengthy spell on the sidelines.
The injury has put his chances of playing for Nigeria national team in the 2019 African Cup of Nations billed for either Egypt or South Africa in doubt. Onazi has not featured for Nigeria since the away game against Seychelles due to injuries.
“An MRI on the injury sustained by our player Ogenyi Onazi in the game against Çaykur Rizespor has diagnosed him of an Achilles Rupture. Onazi is now scheduled to be operated on tomorrow in Istanbul,” reads a statement on Trabzonspor’s official website.
Onazi has made 16 league appearances for Trabzonspor this season scoring two goals.
It remains to be known how long the midfielder will be out of football action and whether he could recover in time to convince Genort Rohr of his quality before the continental showpiece kicks off mid next year.
Post Views: 323