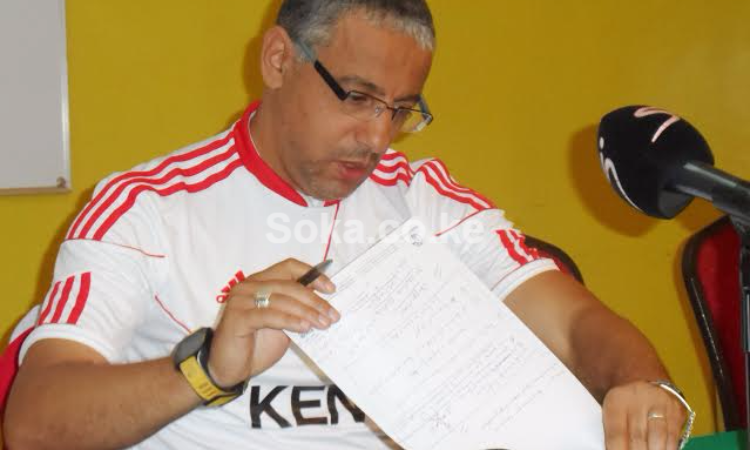 Only God will save us in Uyo: Libya coach admits

Libya lurk horns with the Super Eagles of Nigeria at Godswill Akpabio stadium Uyo on the 12th of October in the third round of qualifying games for the 2019 African Cup of Nation. The Libyan team currently are joint top with group leaders South Africa with four points, but a point above Nigeria who have three points.

And Libyan trainer Adel Amrouche wary of the threat posed by the Super Eagles has revealed that the Nigerian national team will be difficult to grind points from when both parties meet on Tuesday. The Libyan coach however believes that it is almost near to impossible to get all three points need for their qualification from the game at Uyo.

‘’God willing, we will satisfy the Libyan public in the next game despite the difficulty. ‘’Everyone is committed, and everyone answered the call to gather at the camp for players who are not associated with official matches with their clubs, we are waiting for the rest,” Amrouche said at a press conference on Saturday.

The Super Eagles are expected to begin training for their first competitive game against Libya as from Tuesday as the players have been instructed to report at the Ibom Hotel & Golf Resort in Uyo latest Monday, October 8.