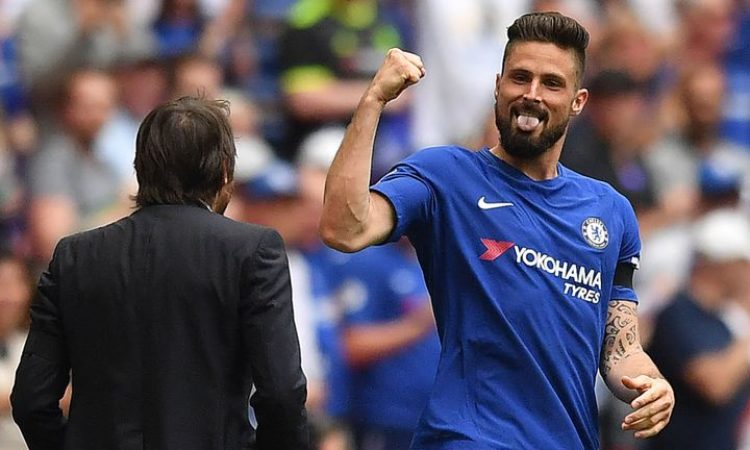 Opinio: Why Chelsea must keep Olivier Giroud amidst exit speculation

Olivier Giroud could be on his way out of Chelsea with Sky Sports, suggesting Athletico Madrid as his likely destination. The French forward who joined the club from local rivals Arsenal, at the beginning of the year could be on the move as Chelsea boss Sarri is willing to allow him go. This is believed to be due to the possible arrival of Juve’s Higuain according to Sky Italy.

The 31yr old forward since joining Chelsea, have enjoyed success as he had played crucial role in the club’s FA Cup triumph. The Frenchman also enjoyed an even bigger success in the summer with France lifting the World cup in Russia and this could possibly trigger his form in the positive direction when the Premier league commences in August.

Despite the speculations linking him with a move away from the bridge, Sarri have been advised to keep the World cup winner in the club as he could play a vital role for the club when the 2018/2019 league season starts.

The center forward who is known more for his hold up plays, aerial presence and above all his ability to link up play with teammate rather than goals could prove to be vital in the upcoming season. The Frenchman remains the only center forward in the club with such ability, as neither Spaniard Alvaro Morata nor incoming Gonzalo Higuain possesses such skill.

Giroud who proved to be flexible with attacking players such as Eden Hazard, Willian and Pedro last season, could be crucial in the upcoming season as his skill allows less physical players possession of the ball.

Giroud’s departure will not only affect Chelsea’s goal threat in games, but will lead to the death of a tactical approach that he alone compliments.