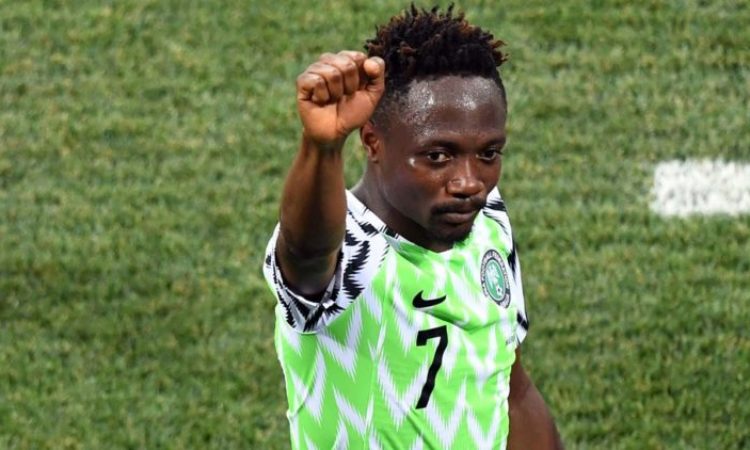 Opinion: Ahmed Musa could be the heir to Victor Moses’s throne

Ahmed Musa opened the scoring for the Super Eagles as the Nigerian team trashed Seychelles 3-0 last Saturday to keep their hopes of qualification for the 2019 edition African Cup of Nations in Cameroun alive.

The former Leicester city and CSKA Moscow attacker who netted twice in the 2018 edition of the FIFA World cup calmed the doubt of the Super Eagles faithful despite the absence of big names such as Alex Iwobi, Mikel Obi and Etebo in the encounter.

The retirement of Victor Moses came as a shock for the Nigerian team but Ahmed Musa’s consistent performance have proved that he could be an influential figure in Genort Rohr’s Nigerian team. Musa’s brilliant volley was able to cover the below par performance of the Nigeria team in the encounter. Musa’s performance in the game ensured that the country missed the quality of the Chelsea footballer.

Moses arrived the Super Eagles team in 2012, and quickly established himself as a key player for the Super Eagles with his combination of brilliance, pace and technique. He was also instrumental to Nigeria’s 2013 continental triumph.

Ahmed Musa currently the most senior attacker also featured for the country in the continental tournament, will be expected to lead the Nigerian line in the absence of Chelsea footballer Moses who retired.