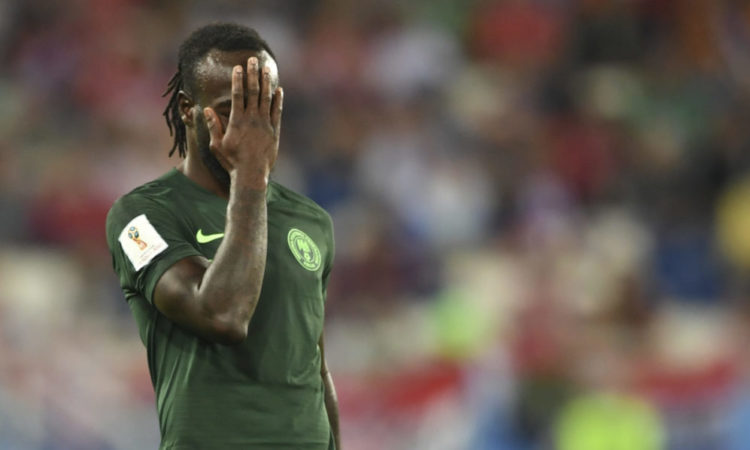 Opinion: How Nigeria Lost to Croatia from Lineup; How Super Eagles can Defeat Iceland

Nigeria displayed one of their worst performances in a world cup match as they lost to Croatia by 2 goals to nil. The Super eagles not only suffered defeat but played second fiddle to Dalic’s side for majority of the game as read from Nigeria Football News.

A critical analysis of the game have shown that the super eagles were already condemned to lose as soon as the match-day lineup were announced. The super eagles virtually looked inexperienced, too young and exposed unlike their opponent Croatia. Gernot Rohr no doubt made his decision to field players based on their form and contribution to the team in the past games ranging from the qualifying stages to the friendlies but the German forgot that biggest prize in football have been clinched in the past by teams with the right blend of experience and youth. The squad were too young and inexperienced as young player occupied sensitive positions and this was visible as Croatia had a strong grip on the game.

Croatia in less than 5 minutes to identify a loophole in the Nigerian defense after right back Abdullahi Shehu lost his first physical duel. This forced Victor Moses to do more defensive duties in the first interval as Croatia focused most of their attacks to the left flank. The Chelsea man was barely able to keep up with the performance due to his experience of playing in the wingback role at Chelsea football club. The weakness of Nigeria central defense when it came to aerial ball was soon exploited. Leon Balogun lost duels to Mandzukic on several occasions in the first interval including the buildup to Etebo’s own goal. Ekong on the hand lacked both experience and leadership qualities as his error caused Nigeria the second goal.

The central defender concede the most wreck-less penalty kick for Croatia as he hacked Mandzukic to the ground. The inexperienced nature of the super eagles at the middle park was the height of Gernot Rohr’s error. The fielding of Etebo and Ndidi was the biggest error made by the German on the night. Etebo performed decently in his role despite been closed down by Ivan Rakitic. The Stoke City signing despite conceding early goal in the first interval put up a dominant display that troubled Croatian midfield throughout the game. While Etebo performed in his role, Ndidi on the other hand gave clueless display in his position throughout the game. Ndidi failed woefully to keep with Kramaric in the game. The Leicester footballer was practically a spectator in 2 cases when Croatia threatened. Ndidi failed to control intensity of the game when the super eagles are been dominated. Ndidi failed to bring the ball up-field to Mikel on many occasions and this forced the former Chelsea midfield to push to the wings on countless of occasion. While the midfield was in shambles, the attacking trio of Alex Iwobi, Odion Ighalo and Victor Moses was blunt throughout the night. While Victor Moses and Odion Ighalo worked hard to justify their selections, Alex Iwobi’s cluelessness was the height of the game. The Arsenal based player was practically a spectator in his position and was replaced in the second interval.

The blunder no doubt have been committed but the big question remains to get the right blend to save Nigeria’s world cup hopes with 2 games remaining in the group stages. It’s no longer news that world cup winners in the past have possessed the right blend of youth and experience in various position. Gernot Rohr as a matter of urgency must heed to the popular saying while making the adjustment in defense, midfield and attacking department when the super eagles plays Iceland on22nd of June.

The German will have to look away from the combination of Ekong and Balogun in defense with the introduction of Kenneth Omeruo. Omeruo has been tried, tested and trusted as a formidable central defender in the past with wealth of experience spanning from the 2013 African nations in South Africa cup to 2014 world cup in Brazil. Omeruo have also proven to be physically strong in the air as well as good leadership skills during his term and could hold the key to stabilizing the Nigerian defense.

Gernot Rohr will need to rely on Ogenyi Onazi if he intends to create a stable midfield platform for John Obi Mikel to operate on. Onazi the defensive midfielder have also proved himself in the past starting from the days Stephen Keshi era back in 2012. He is one the midfielders that understands John Obi Mikel in the Nigerian team based on experience. Fielding Onazi in a midfield with Etebo will be applying the blend of youth and experience as Onazi being a static defensive midfielder offers Etebo the chance to roam round the midfield.

The issue of Iwobi and Musa have been one of the critical issues trending in nigeria football news of divided opinions prior to the world cup but the game against Croatia confirms the need for the Gernot Rohr to prefer Musa in place of the Arsenal man. Ahmed Musa netted twice in his last world cup outing and could prove to be a vital if Nigeria at make it out of the world cup.

Despite the slim chances of progression offered to Nigeria as a result of their loss to Croatia, Gernot Rhor must revert to experienced players in the remaining two games if the super eagles hope to reach the knockout stages.