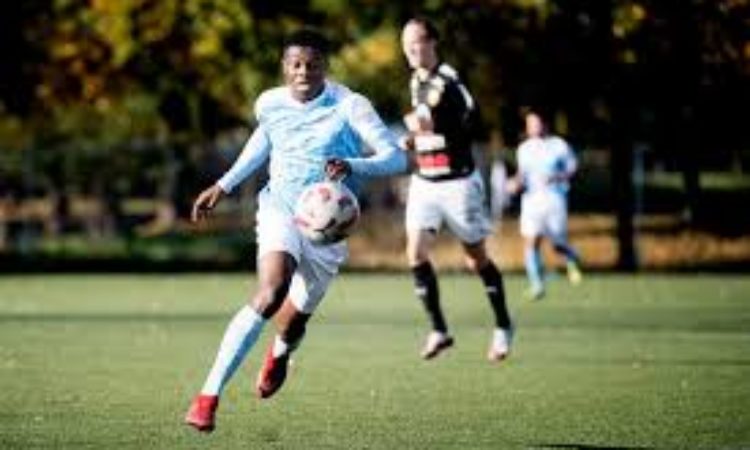 Opinion: How Onyekachi Durugbor could become the Nigeria’s “Thomas Muller”

Onyekachi Durugbor has continued to defy the odds since his arrival to Vaxjo United in Sweden in January. The Nigerian midfielder seems to have adapted to life in Sweden as he continues to make the headlines for the right reason.

The 19yr old who netted double digits in his first season, has continued to make progress in the current league season with several media platforms tipping him for career success. Onyekachi currently has a goal in his last two games for the club.

Onyekachi based on his style of football has been perceived to be in the mood of Bayern Munich and German footballer Thomas Muller. The Nigerian footballer original recruited to feature in the midfield, has dazzled as a supporting striker as well as in the number 9 role, and this have attract several media platform to believe that Nigerian could already be tilting towards the style of football that made Thomas Muller one of the most successful footballers of the modern game.

Thomas Muller established his own style of football with the German and Bayern footballer versatile in both forward and midfield position. The German footballer has proven adept to a number of position from attacking midfield and wide player to centre-forward and second striker position. Despite not revered as one of the most creative players in the continent, Muller’s goal scoring ability has made him an indispensable player for the Bavarian giants despite successive managerial shifts.

Onyekachi like the Die Manschaft footballer could excel in the Nigerian team if he continues to build on his style of football. The Nigerian who according to dailysportng could be what the eagles lack, as he brings something different into the team. It’s no longer news that Nigeria has lacked such caliber of player since the retirement of legend Kanu Nwankwo in 2010. Onyekachi could prove to be the “Thomas Muller” that would aid Nigeria reach her dreams in the global football screen.

Paul Aigbogun should call Onyekachi into the nations U-20 team that will feature in the continental championship in Niger next year, as the overseas based footballers will add a new dimension to the Nigerian team.