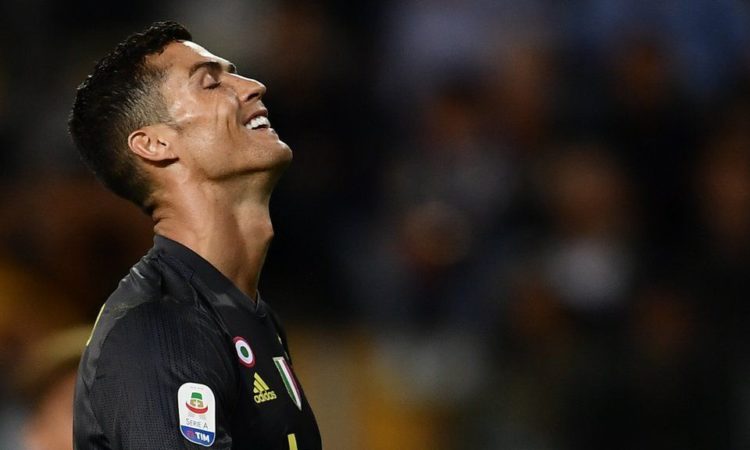 Opinion: Ronaldo could be to Juventus what Adriano was to Inter Milan

Adriano is touted as one of the biggest flops to grace not only the Italian league, but the football scene. The Brazilian who was tipped in 2005 when arrived Italy to take over the big scenes of football failed to live up to expectation throughout his stay with both on and off field problems.

The Brazilian later switched allegiance to Roma, in a bid to pick up what is left of his shattered football career but psychological problems posed a stumbling block. Today the once touted football prodigy is no were to be remembered in the media screens of the game, not even in his country Brazil.

Cristiano Ronaldo might not be like the Brazilian, but his era at the Turin could be miserable if he does not start to notch in goals for the Old lady. The Real Madrid all-time highest goal-scorer is yet to register his league account for current club Juventus. Ronaldo last week failed to score despite making an astonishing 23 attempts on goal. This could be telling on the Portuguese player psychologically considering that he lost out to former teammate Luka Modric for the UEFA best player award within the week.

Ronaldo, who established himself as a goal machine for the Los Blancos during his 9 year time in the Spanish capital joined the reigning Seria A champions last summer in a deal valued at £88 million. Reports indicates that the Portuguese talisman was acquired because of the Old Lady’s ambition for continental domination. Ronaldo is also the all-time highest goal scorer in the competition but needs to build his confidence with goals in the league before the continental tournament kicks offs.

Ronaldo must win the psychological battle, if he is to replicate his Real Madrid form at Juventus. It will be important to note that Red Devils legend Andy Cole also had a slow start to his Manchester United career with goal draught in his opening league games but went on to become the clubs all-time league goal scorer. Ronaldo who is a high profile player must look beyond the media and work on his confidence during the international break to comeback stronger for the UEFA champion’s league.