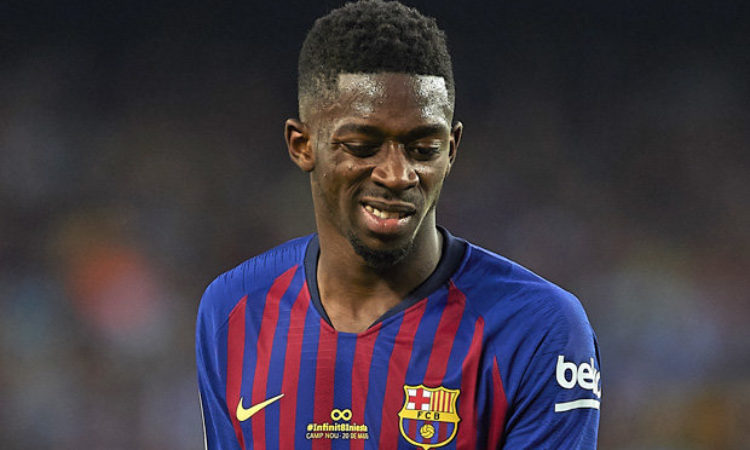 Arsenal’s hope on landing Ousmann Dembele from Spanish side Barcelona before the elapse of the current window have been dealt a heavy blow as the player have insisted on remaining with the club.

The 21yr old joined Barcelona from German side Borussia Dortmund for a reported £135 Million last summer but failed to live up to his hype with injuries limiting his appearance to 17 with the Blaugrana side.

Reports emerged yesterday that Arsenal who have been long time admirers of the Frenchman are lining up a bid of £89 million while today Mundo Deportivo have reported that the North London club have proposed an initial full season loan worth £10 million with the option to buy the player for £90 million in the next summer.

The Player however have denied any possible exit during an interview on his twitter account yesterday Marca reports.

The France international when asked about Arsenal’s interest responded, “I’m staying at Barca, I’m ready to play the Super Cup”

Unai Emery have already made huge statement in the current transfer window with the acquisitions of Bernd Leno, Sokratis Papastastopolous, Guendozi and Lucas Torriea all valued at £65 million.

The Gunner’s boss is believed to be looking for a marquee player who operates from the wings to give his club a fighting chance for trophy and could reportedly switch to Bayern’s Kingsley Coman and Crystal Palace’ Wilfred Zaha as the current transfer window nears its conclusion.