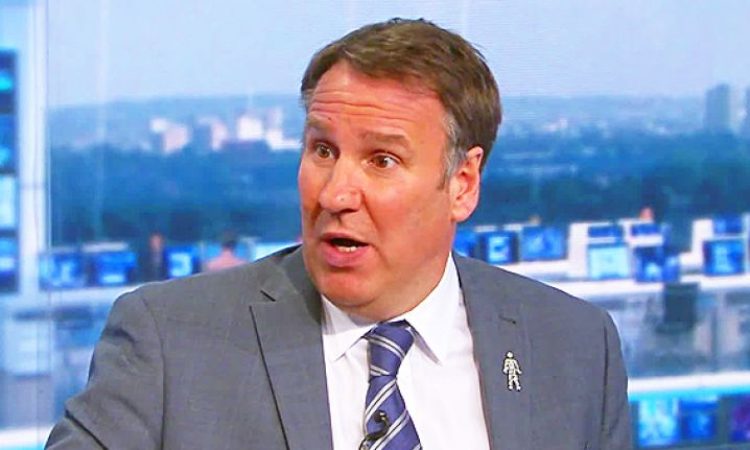 The Blues have changed tactician over the years with Maurizio Sarri taken over from Antonio Conte. The Blues since the arrival of Sarri, have switched to a possession-based offensive football from the initial defensive style by Conte. Sarri too have revert to the back four replacing Conte’s 3-man defense.

The Blues despite their bright start to the Premier league is expected to fall according to Sky Sports pundit Merson. The pundit believe that the Blue’s defense could be their biggest obstacle to title challenge with David Luiz as the weak link in the side.

“I think, attacking wise, they are great”. “But that back four, I don’t think they can win the league with that back four”. “David Luiz will do something. He needs to be playing in a back three in my opinion. You only have to look at the Newcastle game”. “They’re cruising and only he knows what he was doing when he went to the head ball”. “He just waited for it, I don’t know what he was trying to do”. “[Marcos] Alonso plays where he wants to play, he’s got no position, he just goes and plays. When they play against the big boys, they’ll get picked off”. “There’s a lot of work to be done even though it’s a great start. If Chelsea finish in the top four, I think they’ve had a great season”.

Eden Hazard however believed that the pundit could be wrong.

“We want to be champions at the end although we know it will be hard because Manchester City, Liverpool and Tottenham are very strong,” Hazard said. “So we will see at the end, but we want to be at the top. We can improve [on the Bournemouth game], of course”. “We didn’t concede a goal – that’s a good point. We scored two, maybe we should have scored more – like always. “We have the international break now. We can rest a bit some players. We have a lot of hard games when we get back.”