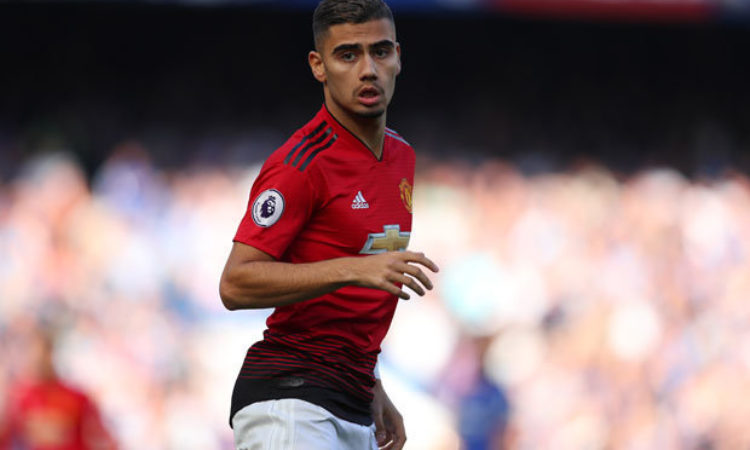 Pereira issues strong message to Juventus ahead of Tuesday game

Andreas Pereira has issued a strong statement to Juventus that Manchester United is ready ahead of the crunch UEFA Champions league game on Tuesday night.

The Red Devils will enter the game on the back of an impressive outing that saw the Manchester club almost grab victory at Chelsea, if not for Ross Barkley’s stoppage time strike.

Anthony Martial netted twice as the Manchester club came from behind to overpower host team Chelsea to highlight their quality. United made the headlines for all the right reason after a difficult spell in September and Pereira is of the opinion that the same approach will be used against the Old Lady on Tuesday.

“We have shown that we can bounce back, that we still have faith and we are the Man United that everyone talks about,” Andreas told ManUtd.com.“ It’s never finished with us, we always keep going. We can always bounce back and change a game around and if we keep doing well hopefully more wins will come.

“It was difficult at the start of the game but like the manager has said to us, we need to keep our confidence and keep doing well. In the second half we scored two very good goals and then in the end we were a bit unlucky with the second goal we conceded. But I think we did very well and deserved more.

“I think this gives us a lot of confidence for Tuesday [against Juventus] and the manager gives us that confidence too. We take a good feeling into the next game. We’re much pumped up for Tuesday.”

Mourinho will drop his press statement on Monday ahead of the game on Tuesday.