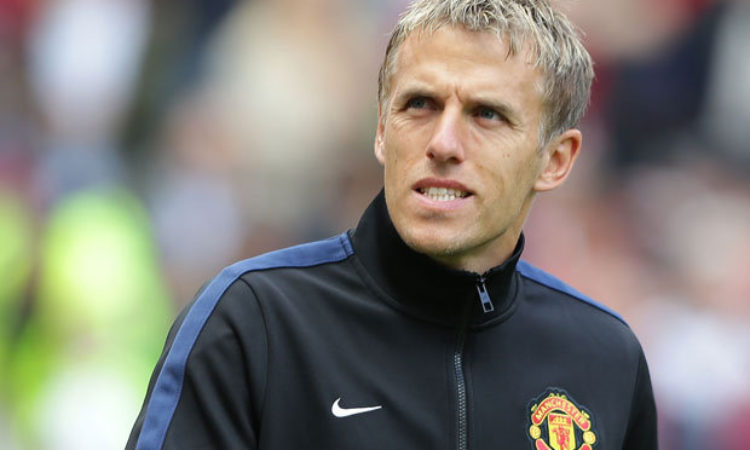 Marco Lanni ran past the Red Devil’s bench and appeared to say something Jose Mourinho on his way back, causing him to jump out of his seat for the Chelsea coach. Mourinho however were restrained by stewards, and Sarri had Lanni to apologise to the United’s bench. Mourinho responded after the game that he has accepted the apologies.

He said: “I also made mistakes in football matches and I will make more, so when he came to me after the game to apologise I accepted his apologies and nothing more to say.”

However former Manchester United player Phil Neville believes the player should be punished for his action.

In an interview with NBC, He said: “Whoever that staff member is of Chelsea has just been an absolute disgrace. No class, no humility.

“He’s gone straight into the face of Jose Mourinho, Michael Carrick and the Manchester United bench and just celebrated in their face. Absolutely disgraceful.

“He’s (Mourinho) the innocent one in all this. The guy on the Chelsea bench has run straight past him, celebrated in his face.Antonio Rudiger explains what sparked Jose Mourinho touchline clash vs Chelsea

“Sarri celebrates. Then it’s this guy here who goes in front of Jose Mourinho. The first one he clenches his fist, and then as he goes back he celebrates again right in front of him. Disgraceful.

“If I was Maurizio Sarri I’d send that guy in and sack him from the club.”