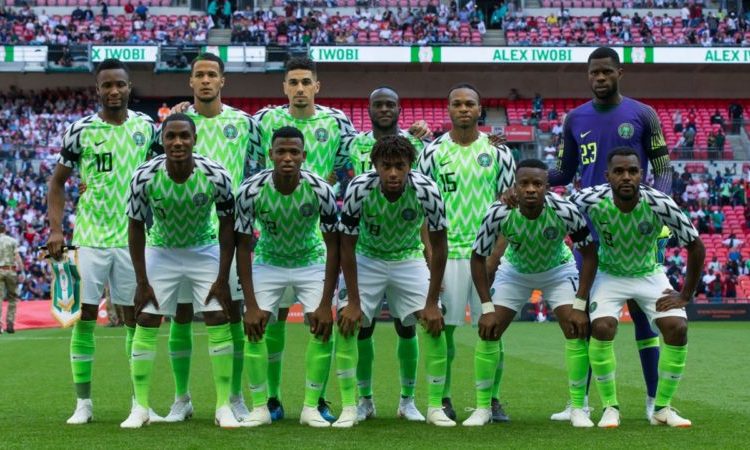 World Cup the most coveted trophy in football have been a 4-year competition usually won by the team with the blend of experience, youth and tactics. As 6 days separate the football supporters and the tournament in Russia, we take a look at Nigeria’s involvement in the world cup. Gernot Rohr surprised the media by selecting barely a handful of the squad that went to the showpiece in Brazil four years ago in his 23-man squad for this year’s showpiece as there were replacement in virtually all department. Nigeria Football News platform gathered that decision of the German was based on players that were in form and also players that fit into his plans. While players such as Vincent Enyema and Joseph Yobo retired, others players failed to impress Gernot Rohr when presented with opportunity.

The Super eagles were seeded along with the, Croatia, Iceland and arch-rivals Argentina in the Group D of the world cup in Russia. This is not the first time they are meeting the Abiceleste team as they have met previously on 3 occasion. The last edition saw Argentina reach the finale in Rio de Janiero, Nigeria was able to attain round 16 while rivals Croatia were eliminated in the group stages. Iceland on the other hand have not been to the world cup but can boast a successful outing that saw them reach quarter-final after eliminating England in the round of 16 of the Euro Competition in 2016. While Football pundits have favored Argentina to progress to the next round considering their previous achievement and the quality in their team, the position of the second team to join the South American country have become very difficult to predict considering that manner in which Iceland, Nigeria and Croatia made it to Russia. Jose Mourinho in his prediction made available on Nigeria Football News platforms backed Nigeria to progress ahead of Croatia and Iceland will favoring Argentina to finish top of the group.

As 8 days separate Nigeria from their first test in the world cup, we look at the Nigeria team tactical. Since Gernot Rohr arrival, there have been influx of new players into the team with majority plying their trade outside the country. Rohr’s decision to work with national youth team coaches have helped in rapid transition of the team. The German tactics of picking players based on their form and performance helped the super eagles to progress to the world cup despite being a difficult group in the qualifiers. Despite the influx of new talents in the side, 3 experienced players have managed to retain their positions in the Nigerian team. Victor Moses with his level of consistence and brilliance, John Obi Mikel with his organization and leadership skill in the team and Ogenyi Onazi with his contribution in the middle of the park. Incidentally these three players were present in the last showpiece in Brazil as Nigeria reached the round 16 and will likely play important this term. Other performers in Brazil such as Ahmed Musa, Elderson Echiejele and Kenneth Omeruo have been replaced in their positions as Rohr prefers the youth over experience in the qualifiers stage. The young Nigerian player might have performed in the buildup qualifiers to the world cup but the team will need to rely on their experienced players in the world cup. A comparative look at the finale three recent editions of the world tournament shows that teams with the right blend of experience and youth have lifted the accolade. Defense is a big quality essential in this competition and the super eagles seems to lack it. A look at Nigeria’s two recent outings against non-African opponent have proved that the team lacked leadership at the back as neither Troost-Ekong nor Leon Balogun were able to organize the back four.

Rohr certainly knows the value of an organized back four in competition and will not hesitate to put an experience player in the position. Kenneth Omeruo remains a viable option for the position. The defender rocked during the era of Stephen Keshi as a completely replaced Joseph Yobo en-route to Nigeria’s Afcon title success. He also had a very fair outing in Brazil and remains the only central defender that can lead the Nigerian back four. Ahmed Musa remains the only attacker in the side that have actually scored in the world cup. It’s hard to forget his brace against Argentina in 2014 world cup. The CSKA attacker might still have the goals in him as the world cup approaches. While he might not be able to replace Iwobi as one of the attacker he could offer a backup role for out of touch Odion Ighalo in the No 9 role. Elderson Echiejele remains the best option if Gernot Rohr hopes to get the best out of Victor Moses. Elderson might not have the pace or tenacity required for a full back but he might be the perfect option for Victor Moses. Victor Moses have been consistent player since 2012 could probably be at the prime of his age.

The last person on the 2014 list remains the most decorated Nigeria player in the person of Mikel. Mikel have proven to be an influential player for the team and his brilliance will be called once again. This could probably be his last world cup but the former Chelsea midfield is expected to lead his side to big height in the competition. Gernot Rohr certainly must make decision to blend experience and youth in key areas of defense, midfield and attack if he wants to break the African hoodoo.