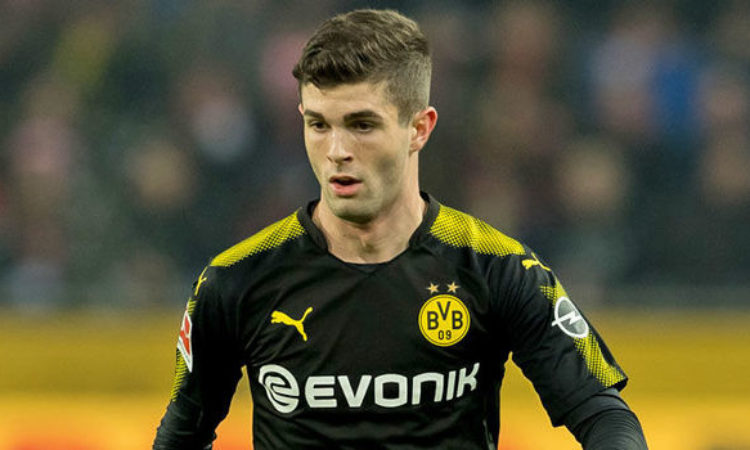 Pulisic Chelsea-bound as both parties agree

Chelsea has reportedly agree to secure the services of Dortmund’s attacker Christian Pulisic. The Dortmund attacker still has two years left in his current terms with Dortmund, and the German club is believed to be interested in selling him at the end of the season after failing to extend his contracts at the Signa Iduna Park.

The Player has attracted a host of clubs from Premier League with Liverpool, Manchester United, Tottenham Hotspur and Arsenal all interested, but recent report released by Daily Mail states that Chelsea has won the race for the 20yr old.

The attacker, who was a part of the USA team that suffered a 3-0 defeat to England on Thursday night, has scored 15 times in 109 appearances for Dortmund since arriving in 2015.

In the current football season, he has netted three times and contributed four assists in 12 appearances to ensure his club remain unbeaten and top in the German Bundesliga.

Pulisic lived in England for a year at the age of seven, turning out for the youth team of Brackley Town before returning to the United States.

Media reports has it that the Players transfer fee could be in the region of £70 million considering his youthful age and number of years to peak.