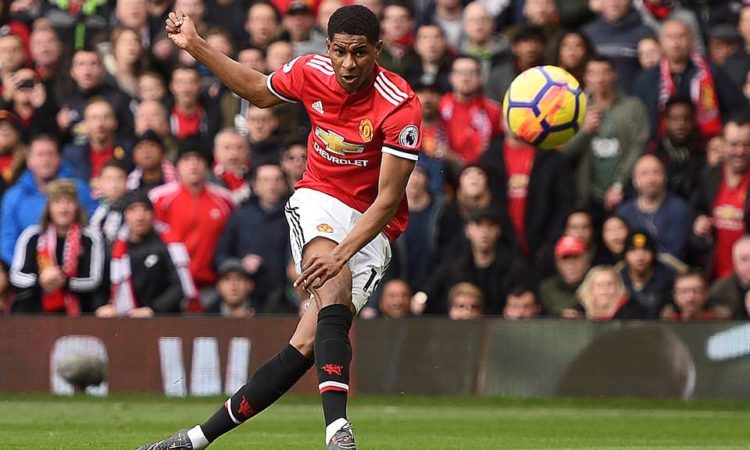 Rashford better in quality than Ronaldo and Kane: Southgate

Garry Southgate have gone to hail Manchester united player Marcus Rashford, after the attacker recovered from his poor outing against Spain to score a crucial goal as below par England earned a 1-0 victory over Switzerland. The attacker was on target against Spain on Saturday but series of misses and below par displays eclipsed his goal. He however, might have cemented his spot in Southgate’s three lion’s team as a starter.

The England Manager in his post-match interview stated that the player have performed better Cristiano Ronaldo and Harry Kane when the duo where at his age, as he believes that Manchester united attacker has a special talent at his current age.

Southgate however argued that Mourinho decision to keep the player on the bench is seriously affecting his development. Rashford according to reports is believed to be frustrated with number of starts he has made for the club especially in his favored number 9 role.

“Yes he is,” Southgate said when asked whether Rashford, 20, was a special talent. “I think Harry at that age had hardly played anywhere near the matches for Spurs.

“Some of the stepovers and things Ronaldo was doing at that age, he wasn’t converting them into the number of goals, so we have got to give him time to develop”. “He has still played a lot of football, although maybe not the continuous starts and I’m pleased for him that he leaves here full of confidence.”

“He’s got huge competition for places at his club so you can understand that (frustration),” Southgate said. “For me, I was delighted because we really wanted to make him feel important over this period anyway”. “He would have been disappointed about the amount of time he had at the World Cup, but it was important especially to get him in the penalty box and remembering the areas he needs to be scoring goals from, and so his confidence will be boosted I’m sure, two goals against top-quality opposition in both games.”