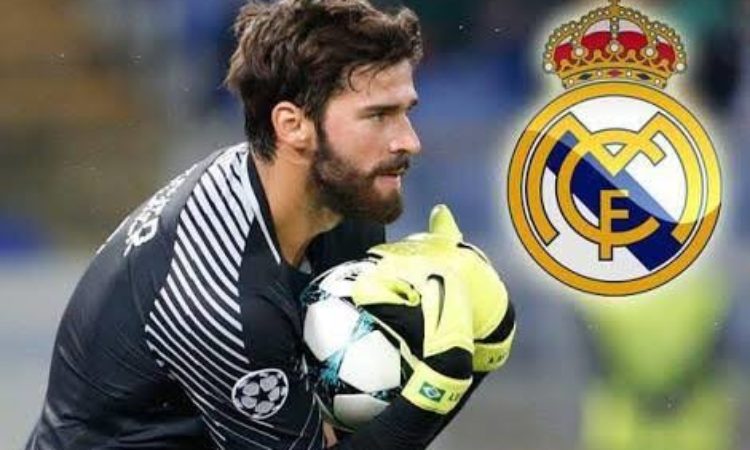 Brazil number 1, Alisson has reportedly agreed a deal to join Real Madrid this summer though the Champions League holders and his club, AS Roma have yet to reach an agreement concerning the transfer fee. The 25-year-old shotstopper had become one of the best players in the world in his position after an impressive season with the Italian capital outfit. He has been linked to a move to Liverpool, though it seems that he has set his sights on joining Real Madrid. Mundo Deportivo claims that Real have reached personal terms with Allison, which is rumored to be a six-year contract infused with a lot of benefits and performance-based clauses.

The Santiago Bernabeu outfit are in the market for a new goalkeeper to replace Keylor Navas as the club’s number 1 and have sounded out a number of players to become the club’s new long-term no 1. David De Gea of Manchester United is the first choice, but United are unwilling to do business with Madrid while Thibaut Courtois’ stock has fallen since moving to the Premier League in 2014 with Chelsea. It is believed that Madrid’s initial offer has fallen below the €80m the Rome outfit are demanding for his services.

After a first season in Rome playing backup to Wojciech Szczesny, he rose to prominence with his displays for Eusebio Di Francesco’s team this outgone campaign. He helped Roma reach the Champions League semifinals, keeping clean sheets at home till the semifinals against Liverpool and also keep 17 clean sheets in the Serie A last term second only to Pepe Reina of Napoli.

Alisson is expected to be in goal for Brazil thus summer at the World Cup, as he hopes to help the Selecao win their sixth title, which will be a first in 16 years.