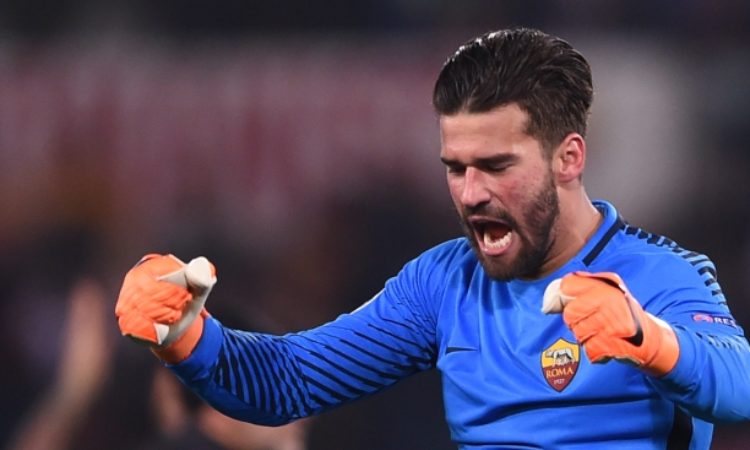 Real Madrid have reportedly pulled out of Alisson’s deal, for Chelsea’s Thibaut Courtois

Report has it that Real Madrid have backed out of the race to sign Alisson the AS Roma goalkeeper; due to Roma’s valuation of  Brazilian’s player which is said to be around  €80m for the quality and experience number one.

The Brazilian appeared 37 times in the 2017/2018 Serie A season for Roma, keeping 17 clean sheets and conceding just 28 times. He also between the sticks for their Champions League campaign, keeping five clean sheets in 12 games against the big clubs in Europe.

Now reports suggest that Chelsea goalkeeper Thibaut Courtois is Madrid new target; with the Belgian reportedly yet to commit his future to the Stamford Bridge side. Though Courtois will not come cheap for Los Blancos and it was believed that the Belgium would prefer a return to his old club Atletico Madrid.

News  emanating from Anfield suggest that Liverpool will now replace Real Madrid as the favorites in the race to sign Alisson Becker from Roma this summer. The Brazilian is one of the world’s best goalkeepers and is currently the Brazilian first choice keeper ahead of Manchester City’s Ederson in the club’s pecking order. Both Real Madrid and Liverpool are in search of a new first-choice ahead of next season.

The Reds fans will especially be looking forward to having a new face in goal following Loris Karius’s horror performance against Madrid during the final of the Champions League in Kiev last month.

The German committed two hilarious goalkeeping errors which gifted Madrid with two goals as Zinedine Zidane’s players went on to win 3-1, making it three out of three consecutive Champions League finals. The Anfield side are now in the lead in the race to sign the keeper after Madrid pulled out of the running. Juergen Klopp’s side will however have to be prepared to break the bank for a huge sum of money to bring the shot-stopper to Anfield.