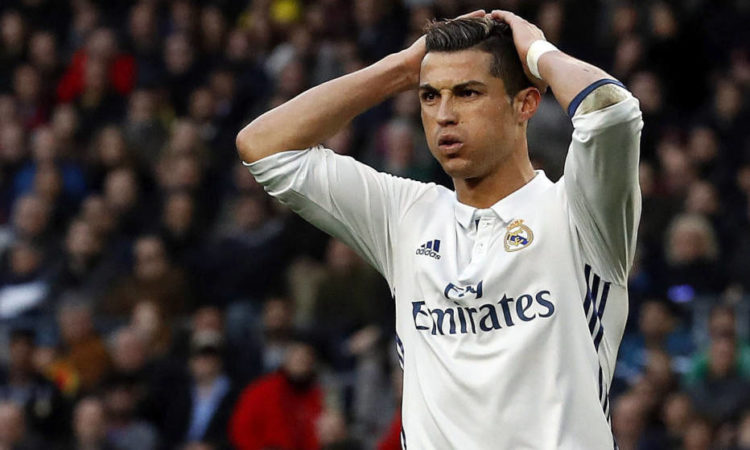 Real Madrid are said to be ever ready to cash on Cristiano Ronaldo at once, after it emerged that the Portuguese has made more enemies than friends at the Snatiago Bernabeu after causing stir and provocation on his comment last month after lifting his fourth Champions League trophy with the Los Blancos.

Report now has it that Manchester United who have been longing to reunite with the Forward at Old Traford is now open to come in and bid for him as it is easier to snap him now or never.

However, despite Ronaldo’s World cup form which has seen him netted four goals in three matches for Portugal, that doesn’t seems to help his future at the Spanish giant in any way, after it was believed that his heart has been set on exit about his current comment after Madrid beat Liverpool last month at the Champions League final in Kiev.

And according to El Gol Digital, that Real Madrid have decided to finally get rid of Ronaldo. The news also has it that he has few friends in the dressing room, with the report suggesting only Marcelo and Karim Benzema have his back.

Notwithstanding, the same story suggests that new manager Julen Lopetegui made it known that Cristiano Ronaldo is not in his plans and this has even made it more worse for the Portuguese Superstar, as Madrid president Florentino Perez is said to be gunning for Paris Saint-German talisman Neymar.

However, the Express claim that Manchester United Chief Executive Ed Woodward has been longing for Ronaldo’s return, notwithstanding his age and number of years he has left.

Real Madrid will welcome any bid with open arms if United come calling for his signature.