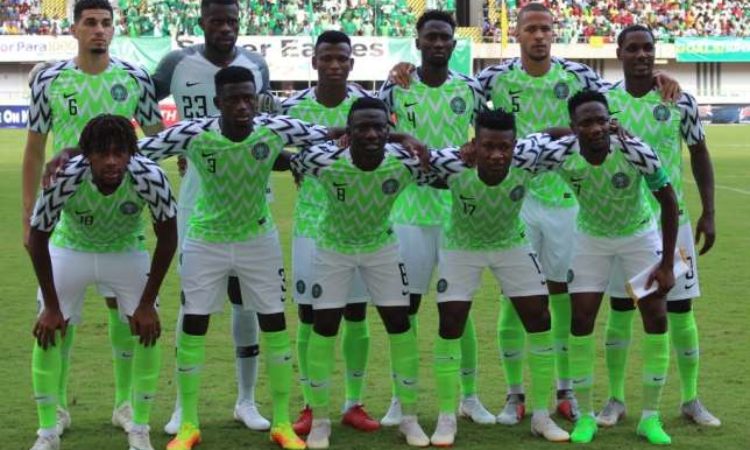 According to report, the Nigerian football team could camp in Morocco ahead of the 2019 African Cup of Nations which will be played in Egypt.

According to media handle, the Nigeria Football Federation (NFF) has set plans to secure a good camp location for the national team ahead of their continental showpiece which will hold from June 15 to July 13. Egypt who are the most successful team in the competition will host the football showpiece.

The Nigeria teams are believed to be heading back to Morocco where they camped in the November of 2017 ahead of their final qualifying match for the 2018 World Cup against Algeria.

Although that match was a dead-rubber fixture, with the Eagles having already qualified for the Mundial with a match to spare, the NFF used the opportunity of a pact with the Moroccan FA to get the team enjoy some variation of sight, environment and weather.Morocco, who lost their bid to host the 2026 World Cup, did not bid to host the continental showpiece after they were previously tipped for it.

Prior to yesterday declaration by CAF, Nigerian have previously backed South Africa to host the football showpiece.

The home-based Eagles also camped in Rabat ahead of the fifth CHAN, while Nigeria’s under-15 team and Morocco’s side played two friendly matches at the same city in August.

All this came after the NFF and Morocco Football Federation signed a multi-strategic pact in soccer relations between both countries. The three-time African champions are now likely to again use the Moroccan facilities to prepare for AFCON 2019, as they did for the Algeria tie and international friendly against Argentina in Russia.