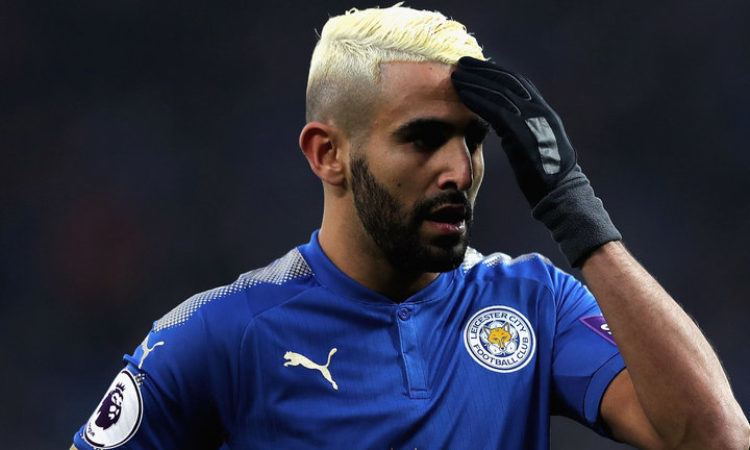 March 7, 20180
The footballing world was almost sent to a frenzy in the early hours of Wednesday with a sudden retirement message from Riyard Mahrez’s Facebook account. “After the last consultation with many doctors, I’ve decided to stay away from football,” it quoted. The bombshell however have been diffused by both Riyard Mahrez and Leicester football club quickly releasing a statement through Sky sports outlet notifying the public that the Algerian attacker’s Facebook account have hacked and such information was untrue.
They went on to confirm that the Algerian attacker is fit and healthy enough to play the round leather as long as he deems fit. The Algerian who has been instrumental to the club from their triumphant 2015/2016 league till date have been a subject of transfer in the last 2 windows. The Algerian missed out on Arsenal in the last summer transfer and was recently missed a move to Manchester City on deadline day despite submitting a transfer request to the club. Leicester recently rejected a €74m Manchester city bid for Leicester star Mahrez in January. The Algerian despite the rift with club for 10 days in February over the City deadline day saga, was still able to grind a late draw against Bournemouth last weekend with Riyadh Mahrez netting at the last minute. This was his 9th league goal of the current season.
The Algerian attacker will certainly been in the headlines this weekend when Leicester visit struggling Baggies at the Hawthorns.
Post Views: 374
Riyard Mahrez Riyard Mahrez Retirement