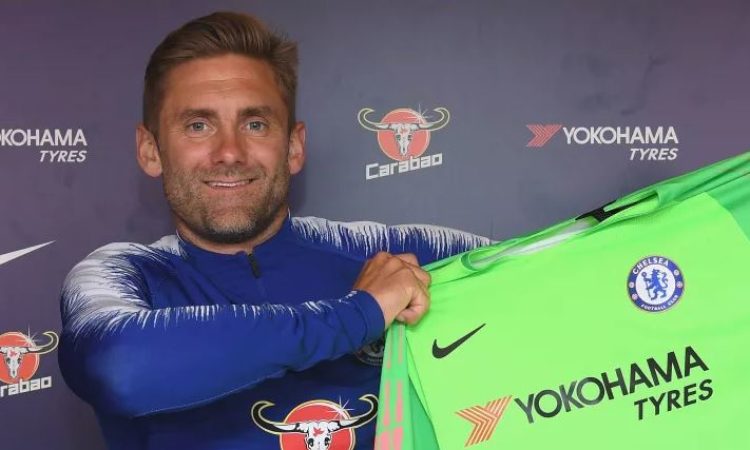 Maurizio Sarri have completed his second signing of the summer with the shock arrival of veteran goalkeeper, Robert Green. The 38yr old was released by Huddersfield at the end of last league campaign and was quick to agree on an offer made by the London based club.

Green looks unlikely to feature in any league game when the leg resumes fully as he is expected to play third fiddle to first choice Thibaut Courtois and Willy Caballero.

It’s no longer news that Courtois is linked with a move away from Chelsea with Athletico and Real Madrid as likely destinations. The Belgian’s refusal to renew his contract with Chelsea have placed the London club in limbo as his contract runs out in 2019.

On arrival at Stamford Bridge, Robert Green expressed his delight on joining the London club. Green told Chelsea website “It has been a whirlwind 24 hours”. “You are thinking about your career and where you want to go and you get a phone call like this, and it is a short conversation. “It has been a pretty dramatic time for me and I can’t wait to get started. I am absolutely delighted and it is a thrill and an honour to be here.”

Green began his career with Norwich city before joining the West ham and QPR in the England top flight. The goalkeeper has gone on to Leeds where he marked his 600th league appearance before eventually joining Huddersfield town. In country side football, the keeper have made two World cup squad and 12 appearances for the three lion’s team.