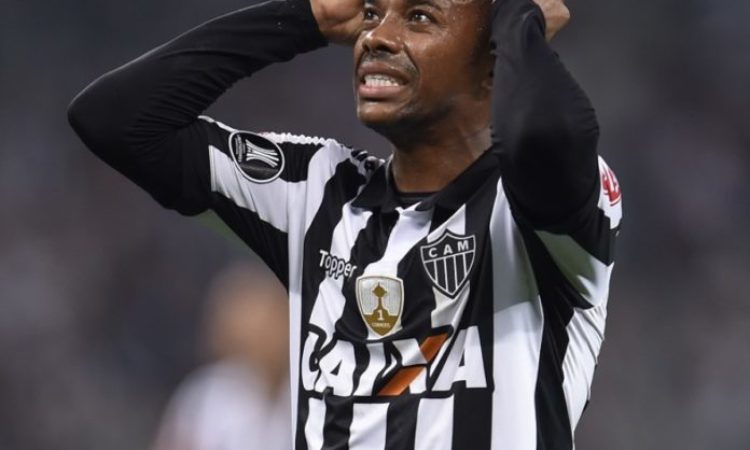 November 25, 20170
Serie A- Report emanating from Italy has confirmed that an Italian court sitting in Milan has ruled that former Manchester City and Real Madrid star Robinho  be sentenced to nine years in prison for sexual assault in a Milan nightclub four years ago and in addition the Milan court ordered the victim to receive €60,000 (£53,000) as compensation for her suffering at the hands of the Brazilian and his accomplices.
The Brazilian midfield maestro kickstarted his professional career in boyhood club Santos in 2002 and after a largely successful stint in which  he played a leading role as the club won the Campeonato Brasileiro in his debut season and another in 2004. He also played a starring role as Santos cruised to the final of the 2003 Copa Libertadores eventually losing to a spirited Boca Juniors team. His form attracted the attention of European big guns and after a race for his signature, he was eventually snapped up by Spanish giants Real Madrid for 24 million Euros-a huge transfer sum for a teenager in those days. Following the purchase of Manchester City by the Abu Dhabi United Group, Robinho was the first super star signing to grace the then Manchester City Stadium in 2008. He was snapped up for 32 million pounds and went on to spend two years at Manchester.  Ahead of the 2010/2011 season Robinho signed for AC Milan having fallen down the pecking order at city. It was while at Milan that the trequartista allegedly carried out an unprovoked attack on an Albanian girl in a Milan nightclub. The 33-year-old and five others were involved in the incident which is said to have occurred in January 2013
Robinho, 33, who currently plays in Brazil has pleaded not guilty for the offence via his lawyer and never appeared at any of the court hearings in northern Italy.
Marisa Alija Ramos, his agent and lawyer, told Sportsmail: ‘With regards to the allegations surrounding Robinho, the alleged incident took place several years ago.
‘I clarify that my client has already defended himself against the charges and maintains he played no part in the incident.
‘All legal steps are already being taken in response to this decision.’
He has a right to two appeals and Italy would only launch extradition proceedings once this legal process is exhausted, a legal source said.
Meanwhile, according to Brazilian laws, a citizen resident in the country cannot be extradited to another country to be tried for whatever offences he or she may have committed, so Robinho will stay away from gaol so long as he stays within the boundaries of the South American Republic.
Post Views: 289