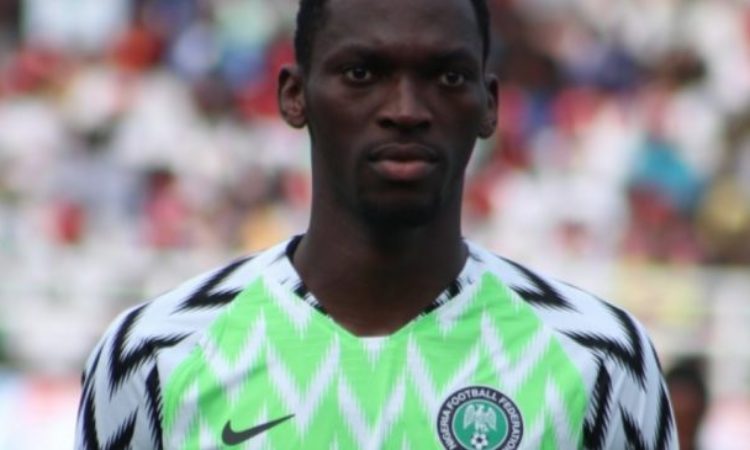 Genort Rohr believes Simeon Nwankwo has a role to play in his overhauled Super Eagle team.

The former Primera liga attacker came into limelight for his Italian club Crotone when they were battling for relegation survival. He scored goals to enter into the good books of the club supporters despite the fact that the club was relegated.

The 6ft was in Nigeria’s world cup team but was restricted to cameo appearance. Genort Rohr, having learnt some invaluable lessons wants Simoen to lead his line of attack.

Rohr speaking with reporters last Friday after the release of his 24-man squad list, stated that center forward despite plying his trade in an Italian lower division will lead his line against Seychelles.

Rohr is believed to be relying on the player’s height, technical ability, strength and aerial prowess when the play Seychelles in their AFCON qualifiers.

“We saw many teams at the World Cup with big and tall strikers,” the 65-year-old said. “Simy can do that, hence I invited him (for the match against Seychelles).”

Rohr also gave reasons for the 26yr old decision to stay at Crotone despite a lot of offers from him. Rohr stated that Simeon decided to remain with the club because he want to help them secure qualification back to the Italian top flight division. “He has to stay at Crotone for the moment,” Rohr said.

The Super Eagle’s coach also confirmed that retired goalkeeper Karl Ikeme will be tasked to scout quality shot-stoppers for his team.