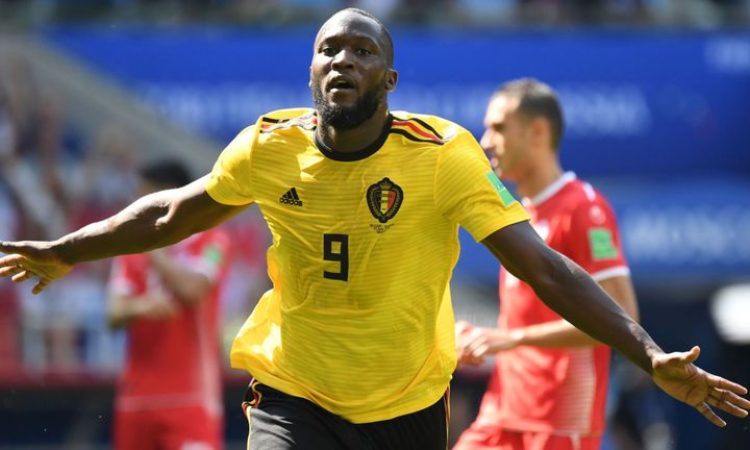 Any player who possesses the kind of physic Romelu lukaku exhibited will always been seen as player whose work will be intimidating other players in the field of play and Lukaku has been a player people look down with the intention he won’t function well as top striker.

Despite a mid-low performance against Panama in their first opening group match of which the Belgium captain criticized Lukaku as being afraid and hiding behind defenders, the powerful Belgium forward has so far proved that he is no push over and has managed 4 goals in two matches so far at the World Cup.

The Manchester United striker and Cristiano Ronaldo are just one goal shy off Harry Kane in 5 goals so far, Lukaku has recorded 4 goals in two matches that made him Belgium all time goals scorer with 40 goals in 71 appearances for his country, and based on his form in front of goal, he will arguably contend with Ronaldo and Kane for the Golden boot.

At 25, Lukaku still has plenty years ahead of him and if the goals keep coming as we have seen in the last two matches then he will be if not the highest goal scorer in Russia, the prolific forward has been clinical in front of goal in his 20 outing for his country where he has bagged 23goals in the process.

And what have made him to be named among the best strikers at the tournament is his perfect finish against Tunisia with his two goals coming in a different way, the first was a superb finish at the bottom corner while the second was a perfect chip pass the helpless Tunisia keeper.

Despite not being that perfect clincher, Chelsea will ever regret not concluding his transfer quickly on time last summer, if he eventually go all the way to outscore his closest rival at the tournament.

Lukaku picked up injury in what looked like a ligament problem against Tunisia, which made the Belgium coach to rule him out of their last group game against England on Thursday.

Looking at his confidence so far, Lukaku is indeed not a push over when it comes to goal scoring and as seen in his last two games, he will arguably shone for the Belgium side in Russia.

When it comes to defence, the Tottenham centre back wasn’t that good but was more stable than boyota of Celtic who was displaced in most occasions in their match against Tunisia.

The Tottenham man showed why he was been wanted by Manchester United recently , he represents a good leader at the back line, with his contribution that led to Hazard second strike against Tunisia.

Based on Vincent company’s injury history which will severely affect Belgium if diploid at the back, that’s why Boyata replaced him at the back.

Harry Kane, who is a big threat to any defence can be contained if the two center backs rise up to their game and do the needful to control the game from back.