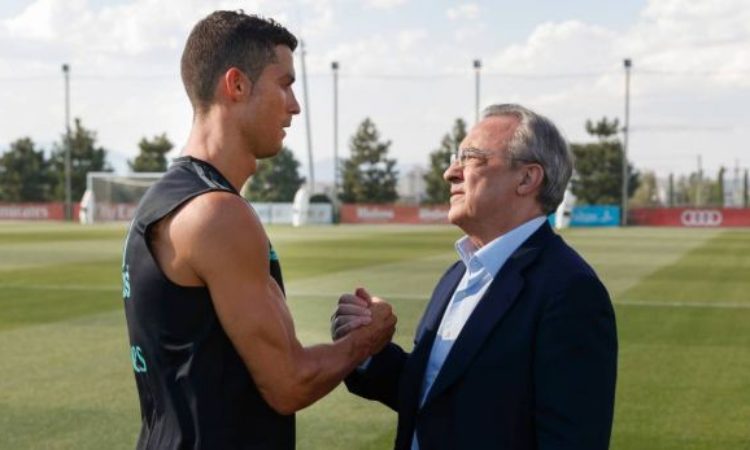 Ronaldo at war with Madrid president-cancels his Madrid visit

Ronaldo was expected to visit Madrid one more time to interact with former teammates, before he eventually starts training with his new club but the Juventus signing has reportedly cancelled the trip.

According to Italian media Il Corriere dello Sport, the Former Manchester and Real Madrid player seems to have cancelled the proposed plan. The media was meant to understand that it was cancelled, due to the rift between the Portuguese playmaker and the club’s president.

During his time at the club, there were series of crises between both parties but the tax fraud issue is believe to be the boiling point. Emotional implications of the visit was put into consideration based on the fact that the player seeks to kick start his Juve career after Madrid switch.

Ronaldo joined the Old Lady from Madrid earlier in the summer, in a deal worth 88 million pounds after a 9 years at the Spanish capital. The Portuguese lifted 4 continental trophies during his time at the Spanish club.