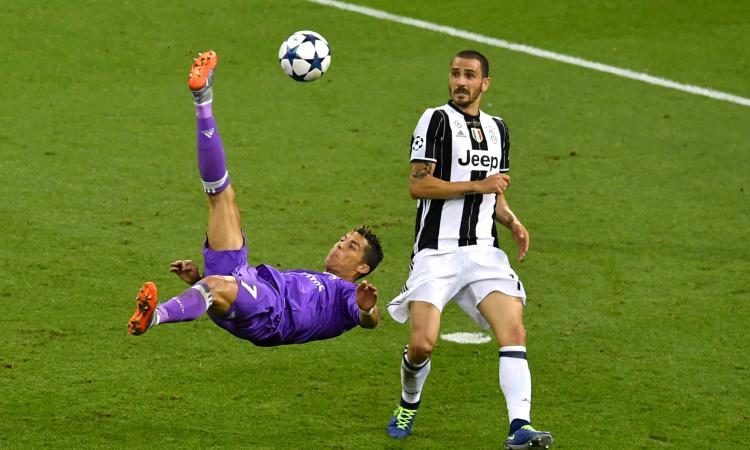 Ronaldo gets his Ideal Central defender as Juventus re-signed Bonucci

Juventus recently re-signed Bonucci from Milan, in a swap deal involving Higuain as the Turin club prepare to compete for trophies ahead of the new league season. Bonucci who left the Turin club last summer returned for Ac Milan, returned after the club acquired Portuguese playmaker Cristiano Ronaldo. The players began working together yesterday with training session.

The last time both players met in a competitive environment, Ronaldo scored twice as Real Madrid defeated Juventus 4-1 in Cardiff to clinch the Champions league trophy. The arrival of the defender seems to have lead credence to the continental ambitions of the Old lady despite Allegri’ denial last week. The big question is whether the player’s arrival could lead to a continental triumph for the Turin club.

Ronaldo who recently join from Real Madrid in a deal believe to be £88M, is a top performer at the continental stages but the club has made the move due to observation made from his previous clubs. Ronaldo despite a consistent finder of the net still relies a quality back four to excel in European games.

The Portuguese in his days at the theatre of dreams, had Nemanja Vidic to Marshall the Red devil’s defense. At Real Madrid, Sergio Ramos almost performs like the Portuguese player in the defensive direction as he has ensured Ronaldo attain his continental ambitions.

Bonucci fits into Ronaldo’s model of central defender, and will be relishing the chance to play with fellow countryman Chiellini at the heart of Juve’ defense. Rugani is expected to depart the club with Chelsea as his likely destination.