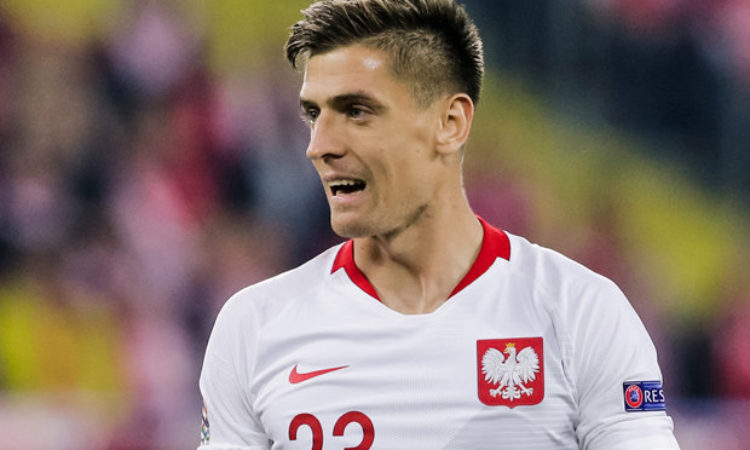 Ronaldo is the greatest there have ever been: Krzysztof Piatek proclaims

The Poland international has declared that the Portuguese playmaker is the greatest player to grace the modern game. Krzysztofs Piatof made the statement ahead of Genoa visit to Turin.

Juventus are off to a perfect start in the current Seria A season, with the Old Lady recording eight wins in their eight games. Cristiano Ronaldo began a slow start to his Juventus career but the Portuguese playmaker has now netted two times with three assist in his last four games.

With 12th placing Genoa likely to face a difficult task trying to get a result. Piatek has paid tribute to Ronaldo by declaring him as not just the best in the World at the moment but top player of all time.

“Cristiano Ronaldo is the best player in the world right now and in my view the greatest there has ever been,” Piatek told reporters.

“At this moment, I am concentrated only on the game with Juventus. It’ll be very difficult, because we are facing the best team in Italy, but we’ll do everything possible.

“I know Wojciech Szczesny because we are international teammates, while I’ve not met Mattia Perin. I hope Szczesny is in goal on Saturday.”

The Polish forward joined Genoa last summer after having a blistering run of form in Poland. The Poland international have already began a goal fest in Italy with 9 goals in seven games for the Italian club. The 23yr old recently netted four in against Lecce in the Coppa Italia.

His current form had attracted comparison with countryman Lewandowski, but the 23yr old insist that he is focused his attention to the club supporters and his current form.

“I am at Genoa now and my focus is only on Genoa,” Piatek said. “There are still so many games to go this season and I am concentrated on them. I love the Genoa fans.”