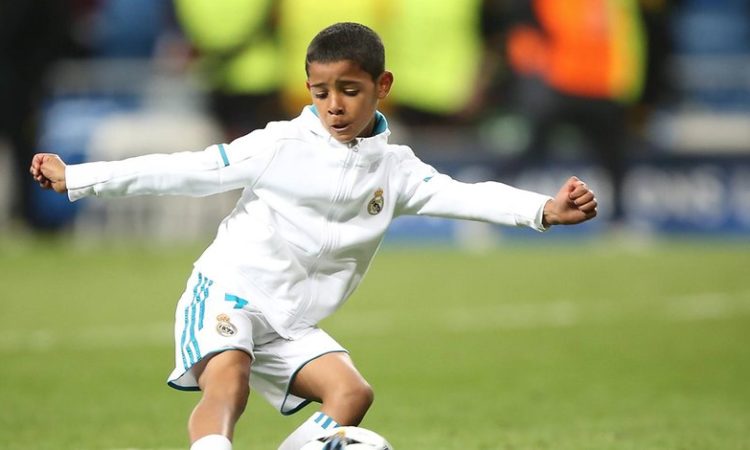 Ronaldo junior made headlines for all the right reasons, in a week were his father Cristiano Ronaldo failed to hit the target despite having an astonishing 23 attempts on goal.

Ronaldo seems to have hit a decline since his summer move to Juventus. The Portuguese talisman has failed to hit the target for the Old Lady, despite featuring in their opening three league games. The Portuguese recently lost out to former teammate Luka Modric in the race for UEFA best player accolade.

The Player who is currently goal shy was outclasses by his son in the media headline. Ronaldo jnr scored four times in his league debut for Juventus U-9 team. Ronaldo jnr who wore the iconic no 7 of his father in the encounter scored 2 goals in either half as the Old lady trashed Luchento 5-1.

Meanwhile Real Madrid seems unaffected by the departure of Cristiano Ronaldo, with three consecutive league games of the Spanish league. The Los Blancos hammered Leganes 4-1 without their all-time highest goal scorer.
Ronaldo reacted to the club’s victory over Parma, while praising World winner Matuidi for his efforts.

The Old lady will face Sassulo in Turin, after the international break and Ronaldo will be hoping to break the duck and rediscover his form in front of goal.