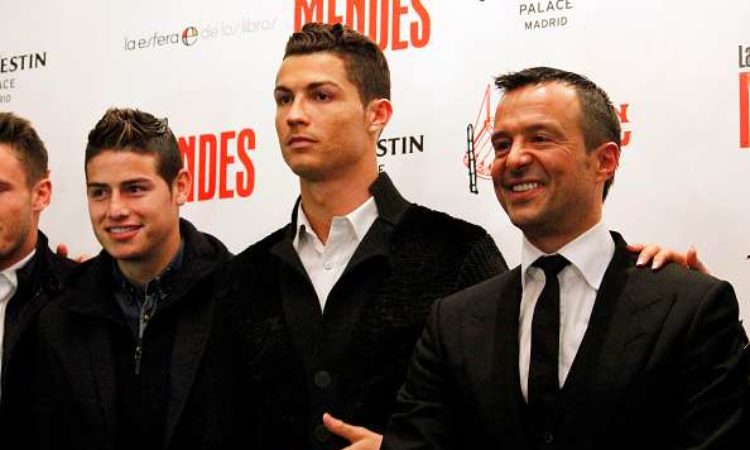 Ronaldo wants to win the UEFA Champions league at Juventus, He alone won it at Real Madrid: Mendes

Cristiano Ronaldo’s agent Jorge Mendes has revealed the reason why the Portuguese international joined the Old Lady, in what could be termed a slight dig at former employers Real Madrid.

The agent made the statement in a media interview with Sky Sports Italia after winning the “agent of the year” Globe Soccer awards.

“It’s always a great honour, I’m very happy. In the future, we’ll see what happens, I’m already old, I do not have to work all my life (laughs),” he began.

The Super-agent talked about Ronaldo and Juventus, stating that the Portuguese international targets continental success at the Turin based football outfit.

“Ronaldo? He deserved to win everything, he did too well, he scored 15 goals in the Champions League, he won it with Real Madrid, practically alone. He’s the best ever, a special champion.

“Juve with Ronaldo, Cancelo and other summer purchases are very strong, they are a serious candidate for the Champions League. Ronaldo dreams of winning UCL with Juve, but we need luck. We’ll see what happens at the end,” he concluded.

Ronaldo has continued to prove his worth since his summer switch to Juventus with the former Manchester United and Real Madrid forward netting 15 goals.