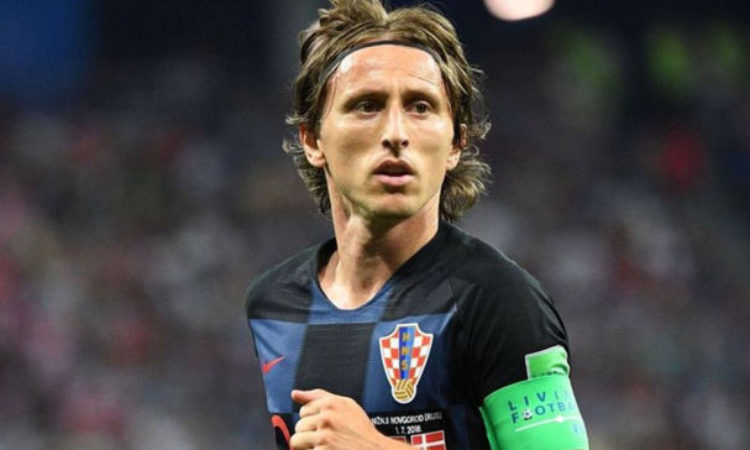 Croatian midfielder Luka Modric has revealed that the departure of Ronaldo to Juventus last summer came as a huge surprise to him. The former Tottenham player revealed that he was not expecting hit-man Ronaldo and former trainer Zinedine Zidane to depart the Bernebeu, though admitted that Ronaldo’s departure was a sucker punch.

The Los Blancos side finished the 2017/2018 football season with their third consecutive UEFA Champion’s league accolade despite having a disastrous outing in the Spanish La Liga.

Zinedine Zidane worked out of his job as Madrid tactician, will Ronaldo left the club after World Cup outing with Portugal. Luka Modric was one of the names that remained at the Bernebeu despite heavily pursued by Seria A giants Inter last summer.

The Croatian made the statement in an interview with French magazine France Football. He said: “I wasn’t expecting either of the two to go; I didn’t think Zidane would leave and the same with Ronaldo.

“In fact when the rumours about Cristiano appeared, we had bets among ourselves and we were certain he would stay, but everyone makes their own decisions.”

The midfielder since the departure of the Portuguese playmaker and Zidane has rose to stardom with the Croatian recently winning the FIFA world footballer of the year accolade. He is also the favorite to land the Balon D’or accolade. Despite all the achievements, Modric believes he shares little similarity the Portuguese play-maker.

Modric went on to talk about former boss Zinedine Zidane. He Said: “I was lucky to have him as a coach and we have lived some incredible moments with him at Real Madrid, sometimes he’d play alongside us and it was incredible to see how elegant he was and how he moved over the pitch.”