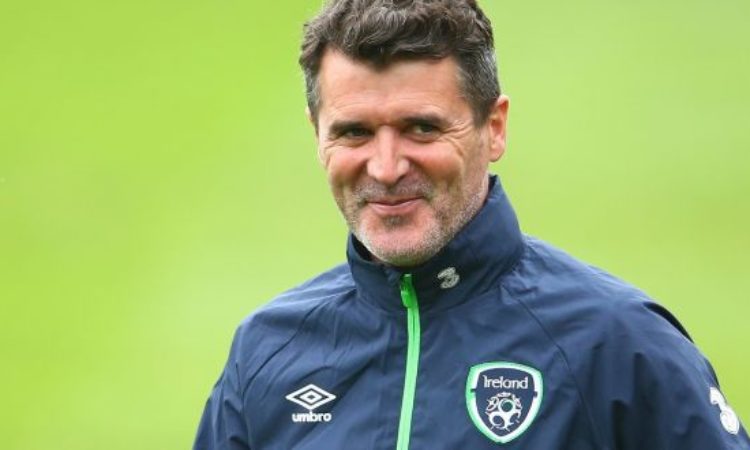 Roy Keane has voiced out his anger toward Manchester United “crybabies” as he wishes Jose Mourinho good luck amidst report of crises at Old Trafford.

Mourinho is currently feeling the heat with Manchester United yet to record a victory in four games, while there is speculation that the Portuguese tactician seems to have lost the dressing room over his rift with midfielder Paul Pogba.

There have been increasing tension between Mourinho and Pogba, with the Frenchman recently being stripped off his Vice-captaincy position.

Pogba has not helped the situation, with the Frenchman revealing that he was banned from social media by the club. Antonio Valencia issued an apology after liking an Instagram post calling for the sack of Jose Mourinho.

The Red Devils are currently 9 points adrift in the title race, and Roy Keane believes the can overturn the point deficit if they give their all on the pitch.

“We talk about footballers and managers, not every player is going to get on with the manager, the manager is not going to like every player,” Keane told Notts TV. “But what you do as a footballer, and whatever disagreements I’ve had with one or two managers, when you cross that line, you play for your team”.

“I don’t care what fallout you’ve had with your manager, I don’t care if you’ve been at each other’s throats, because that is part of the industry, people do fall out. It happens in other industries, but unfortunately when you’re Man United – one of the biggest clubs in the world – things will get exaggerated”. “But if you’re a footballer for Manchester United and you put that jersey on and you walk out and you don’t given 100 per cent because you might be upset with somebody, then, no, good luck to Mourinho”.

Asked if he was talking about Pogba, Keane said: “I’m talking about players in general. Players who get upset with a manager, or a coaching staff, and think I’m not going to train properly because somebody upset me, there’s a lot of crybabies out there, lots of crybabies”. “When you walk out on that pitch, you’re playing for your pride, you’re playing for your family, and you’re playing for your city, whatever it may be. Don’t get that worried about what the manager said about you or the coaching staff. You get out there and play”. “You can fall out after the match, but when the game’s going on, liven up, play with pride, play with energy, and play with spirit. Hopefully play with a bit of a skill, but you can’t always play with skill, you can have a bad day, but on your bad days you roll up your sleeves and you fight for that jersey and don’t get distracted by the balloons out there.”