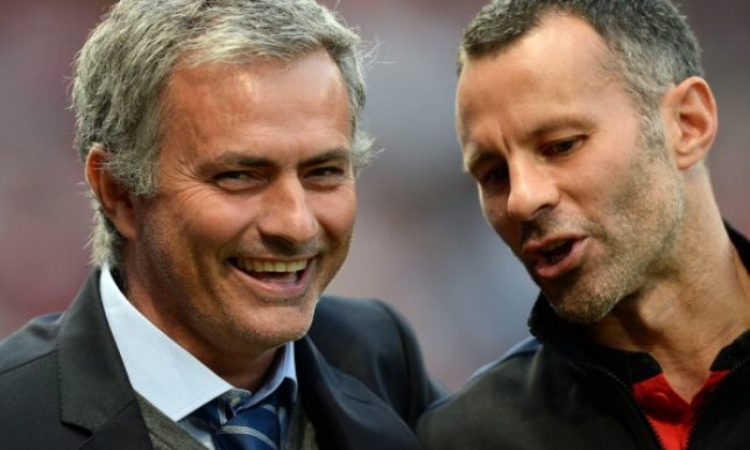 Manchester United Legend Ryan Giggs, has reportedly made some suggestions to Mourinho and his squad ahead of their visit to the Turfmore Park.

The Red Devils suffered back to back defeats in the Premier league, and have attracted criticism from the media. The Red Devils, despite making a positive start to their game against title rivals Tottenham, were still outclassed at the Theatre of Dreams.

Jose Mourinho has been under immense pressure, with reports emerging that the Portuguese could be axed for French coach Zinedine Zidane. The Frenchman’s historic treble with Real Madrid still speaks for him, with many Manchester united faithful that the former Real Madrid boss have what it takes to change the fortunes of the club.

Ryan Giggs however, has urged the Portuguese and his players to ignore the British media and focus on their upcoming game against Burnley.

“It is always difficult for a manager after a result like that,” Giggs told Sky Sports. “I was at the game and I understand Jose’s frustration because on another day United win that game. “They didn’t and then because of the way the game ended with the third goal, it looks worse than it was. Losing the game before, everything gathers pace. “The good thing about football is that you always have the next game to come back. It is all about concentrating on that game against Burnley, everything else outside is noise that you can’t control. “You can only control what you can do. Manchester United have got a fantastic manager, a fantastic group of players and it is a fantastic club. “They will come out of it hopefully sooner rather than later.”