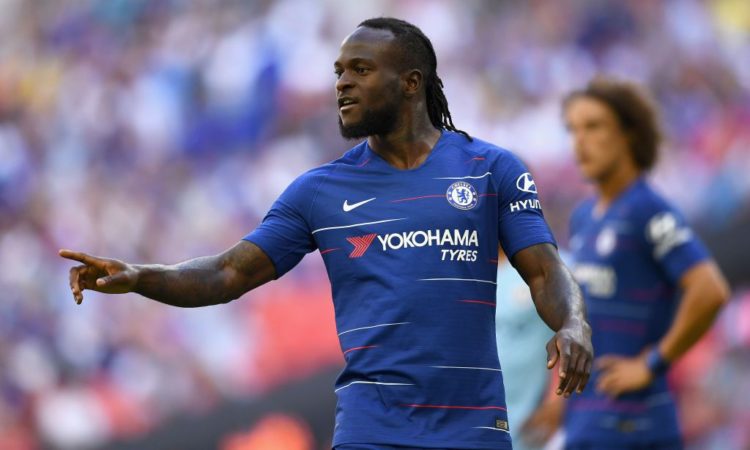 Sarri reveals new role for Victor Moses: His to compete for spot with Eden Hazard

Chelsea boss Maurizio Sarri has revealed the new role for Victor Moses. The Chelsea player who retired from the Super Eagle’s last 2 weeks, has featured 11 minutes for the Blues in the current league season.

It will be recalled that the former Nigeria international played in the wing-back role for Chelsea under Antonio Conte era. The Nigerian played a crucial role in the Antonio Conte’s league surge of 2017 and FA Cup triumph of 2018.

Maurizio Sarri who deploys a tactical approach of 4-3-3 has reportedly decided on fielding the former Wigan athletic attacker, in the right wing of attack. Sarri however has stated that the Moses must improve if he is to get his chance at Chelsea considering the huge competition the Nigerian faces at the club.

This would mean that the Nigerian will have to compete for spot with Blues playmaker Eden Hazard, Brazilian William and former Barcelona attacker Pedro.
Chelsea meanwhile continues to justify their credential for the Premier League with a 4 consecutive victories.

The Blues have edged Brighton, Arsenal, Newcastle and Bournemouth in their quest for the Premier League and will stay in their position till after the international break.