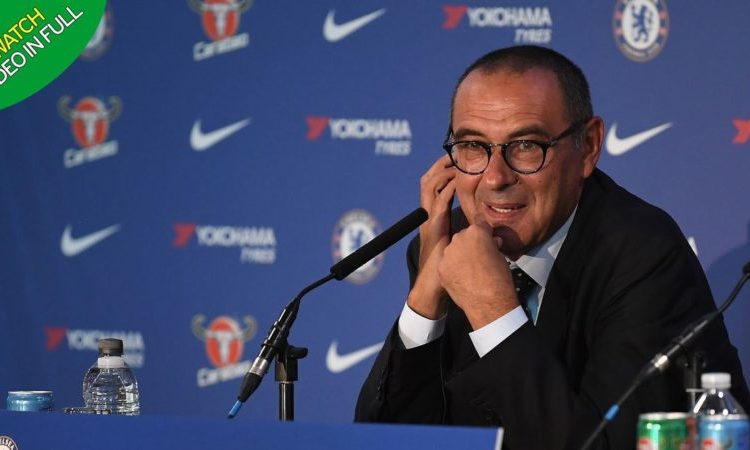 Maurizio Sarri, in his post-match conference stated that he was shocked with Newcastle’s defensive approach in the game. The Blues took all three points thanks to an Eden Hazard penalty, and a DeAdre Yedlin’s own goal after Joselu brought the game to level terms.

Newcastle boss Rafa Benitez, who was in an injury crises deployed a team with more defensive minded players on the pitch on Sunday. The negative football however, was able to keep the Blues at bay for 76 minutes.

Sarri’s team finally had the breakthrough as Eden Hazard converted from the spot. Joselu dragged back the game to level terms but a DeAndre Yedlin’s goal three minutes from time was enough to decide the contest. The victory was Chelsea’s third consecutive victory in the new league season.

Sarri could not hide his joy in his post-match press conference as he heaped praises to his players who kept on pressing till they got the deserved goals. He said: “I have never seen a Rafa Benitez side play with five defenders. I think it is very difficult to play here for every team – not only us”. “The match was very difficult and it was impossible to have space. We were good, better in the second half, but it was very difficult”. “We were a bit unlucky when they scored to make it 1-1”.

Newcastle complained that the Penalty which was award in Chelsea’s first goal came through a controversial means as Schar is believed to have gotten the ball before Marcos Alonso, but Sarri refused to comment. “I don’t know I was far from the incident and I am not the referee, and I don’t want to be a referee either,” he said.

Praising Eden Hazard in his first start of the 2018/2019 Premier league season, Sarri said: “Eden has played very well but maybe it was better if he played for only 75-80 minutes, but (Mateo) Kovacic asked me to be replaced so it was not possible.”