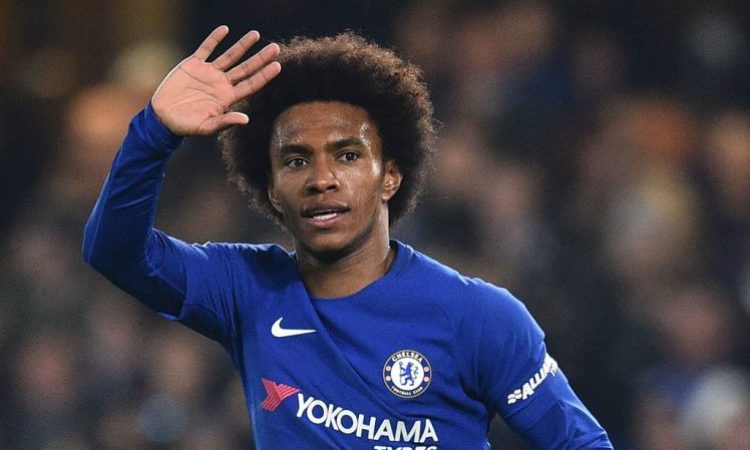 Sarri has stated that he wants Willian to extend his deal with Chelsea. The Brazilian who is one of the club’s top performers was linked with a move away from the club in the summer. Chelsea however, had to wade off interest from Barcelona and local rivals Manchester united to keep their attacker.

Willian struggled for game-time under former boss Antonio Conte last season and that prompt his desire to leave the bridge. However, the Brazilian seems to be coming along with new manager Maurizio Sarri as he has made two consecutive league starts in the current league window.

Reports have it that the Blues wants the Brazilian to extend his stay with them, but Sarri is optimistic that the Brazilian will remain at the club in the current season, though can’t guarantee the contract extension.

Sarri in his Press conference on Friday said: “For us Willian is a very useful player so I am sure he will remain here for this season, and I hope for the future, but a new contract is out of my responsibility”. “I can give my opinion to the board and then the board will decide.”

Sarri prepares for his baptism of fire at Saint James Park on Sunday. The last time Chelsea visited the Magpies, the lost the game 3-0.