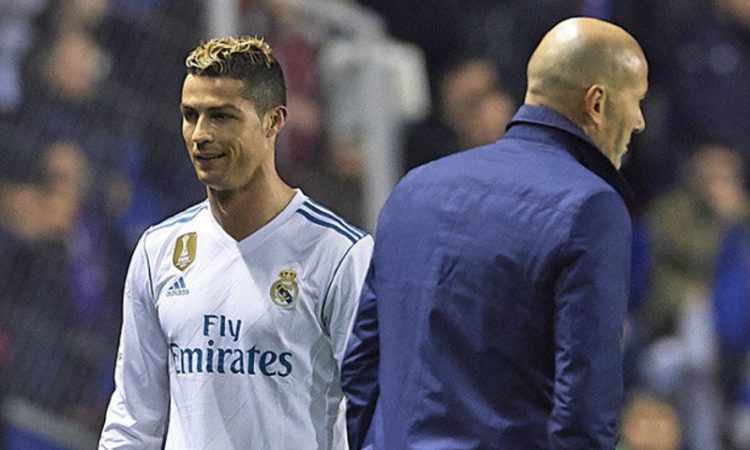 Selection Headache for Zidane Ahead of PSG Game

March 7, 20180
The Madrid boss have less than 8 hours to show his card at the Parcs de Paris and will be expected to put players that will play to the pattern he decides to deploy. Zidane might be lining his favored Benzema, Bale and Ronaldo attacking trio but the club supporter have publicly beckoned on the Frenchman to reward the recent effort of Lucas Vasquez and Marcos Asensio with a start in France. Lucas and Asensio played an important role in the first leg to put Real Madrid in the driving sit with Asensio being involved in Real Madrid second and third goal.
Asensio and Lucas have gone on to impress in all their recent games as Lucas had added up to his initial assist tally while Asensio have been in superb run of form. Zidane’s response in the last press conference showed that the Frenchman clearly was confused about who to field on the pitch with the Frenchman not giving a single clue. Zidane is obviously having a difficult time making his selection, the club supporters have urged Zidane to the field Lucas and Asensio in what will certainly look like 4-4-2. The Frenchman wants to retain its Benzema, Bale and Ronaldo in his preferred 4-3-3 formation. Toni Kroos and Luca Modric made a late return from sidelines but whether the Madrid manager will risk the pair tonight remains a question only Zidane can answer.
In their absence Zidane have deployed Matteo Kovacic in a 2-man central midfield with Casemeiro with Lucas and Asensio. Kovacic was rested in their last weekend game against Getafe and remains an option for Zinedine Zidane. The decision of playing either Benzema, Bale or Isco could proof to be vital decision for the Frenchman. The Formation will certainly determine who he fields.
The Big question will Zidane bow to supporters pressure and adopt a 4-4-2 formation involving Lucas and Asensio or will the Frenchman stick with his 4-4-3 formation with BBC that have brought him two consecutive Uefa Champion’s league trophy. Time will tell.
Post Views: 369
Madrid boss Zidane Ahead of PSG Game