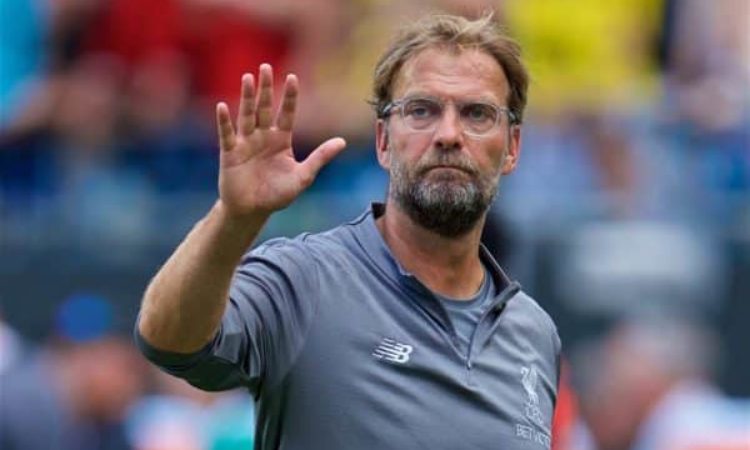 Shock admission from Jurgen Kloop ahead of the new season

The Reds were beaten 3-1 by Real Madrid in Kiev 3 months ago. This was their first final in over 11 years, after eliminating the likes of Manchester City and As Roma in the knockout stages of the competition. This was also the third consecutive cup final, Jurgen Kloop have lost since he took over from Brenden Rodgers.

Jurgen Kloop prior to the champion’s league finals, have lost the Europa league to Sevilla and England’s Capital one cup to Manchester city with The Reds. The German’s records in cup finals, have been very poor as he has managed to win only one in seven finals. The game he got a victory was the 5-2 triumph over Bayern Munich in 2012.

Kloop in his recent statement have admitted that he won’t be proud of any finals until he lifts the trophy.

“I’m fine with what we’ve done, fine that we did it, but it’s nothing to be proud of,” Klopp told the Liverpool Echo. “I am a very positive person but even I cannot say that reaching a final is the maximum because it’s not the maximum. When we are there, we have to win it. “I am mostly fine with the performances we’ve showed in these finals, we always did what we could do and that’s important. “The real positive thing is that there’s still a lot of space for improvement and development – that’s what we are going for. “We feel in a good moment. The closer it comes to the start of the season, it’s less important how we feel and more important that we’re ready.”

Liverpool have a pre-season game against Torino before their league opener against West ham on Sunday at Anfield.