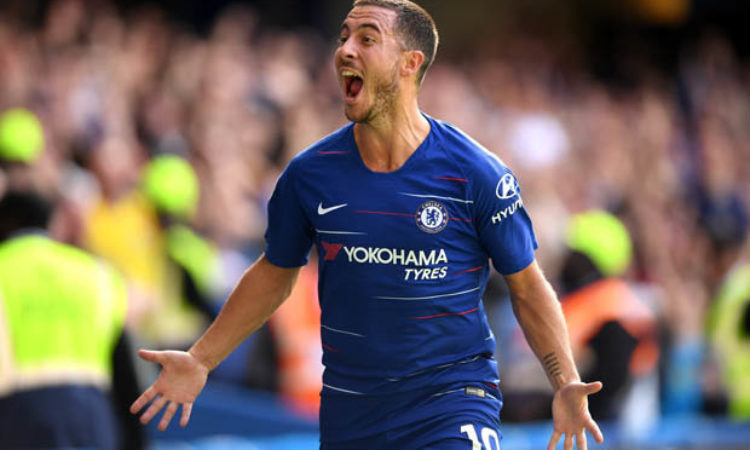 Chelsea player Eden Hazard has urged both Chelsea and Tottenham supporters to show example ahead of the semi-final clash in the Carabao cup.

Chelsea fans have made the headlines for the wrong reason in recent times with the Blues supporters making a lot of high profile incident including a chant about Spurs supporters featuring alleged anti-semantic language at the Europa league.

Both clubs have come together to discuss about the issue, with Chelsea adopting a zero policy towards such conducts.

“I like all fans, Spurs also have good away fans. I think it is a good game to play and I hope both fans will enjoy the game.

“Of course (I hope both fans respect each other). These kind of fans (who sing abusive chants) are not fans of football, for me.

“They come to the stadium just to stay something. I understand they want to win the game but they need to be fair. Just support their team and not the other one.

The Belgian international went on to plead for both parties cooperate so that abusive chants at football matches can be eradicated.

“When we are players, we are examples. The fans are also examples. I want Chelsea fans to be the best in the world. I don’t want to see a bad image of the Chelsea fans, of course,” Hazard added.

“In football in general, not just Chelsea fans, in Italy we saw a a lot of things.

“I want these things to disappear. It’s hard because football is a big world but if we are all together step-by-step, players, managers, journalists, then we can do something. I want people to remember the game.”