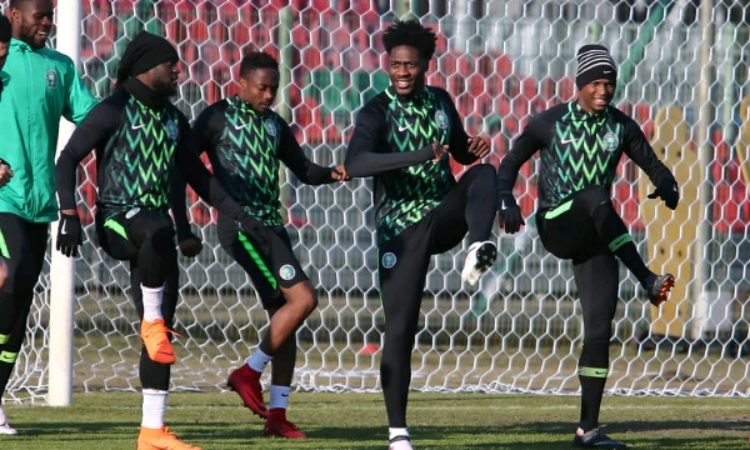 October 9, 20180
The Nigerian National football team will resume training at the Godswill Akpabio Stadium on Tuesday ahead of their crunch 2019 African Cup of Nation Qualifying round match against Libya on Friday.

Both teams will lurk horns at Uyo in the first leg on October 13, while a reverse fixture will be played at Stade Taieb Mhiri, Sfax, Tunisia in three days’ time.

“Camp opens at Ibom Hotel on Monday, October 8, 2018.Training sessions on Tuesday, October 9 and Wednesday October 10 are open,” a tweet stated on the official Twitter handle of the Super Eagles.

“Training sessions on Thursday and Friday October 11 and 12 are closed, although 15 minutes filming will be allowed on Friday.”

Three-times AFCON winners Nigeria will be hoping to get their qualification hopes back on track by defeating Mediterranean Knights Libya. The Nigeria currently is in third position with three points why Libya is joint top position with four points though top the group due to their superior goal difference over South Africa.

The Nigeria team began their AFCON Qualifiers on a poor note after losing to South African 2-0 on home turf, but revive their hopes after trashing Seychelles 3-0 in their second game.

“We will be up against a strong Libyan side but we are the Super Eagles and we have a great squad,” Omeruo said on the Eagles’ Twitter handle.

“We will give our all to pick maximum six points from both games. I have confidence in the entire crew. We urge all our fans to get behind us and give us all the support. We will not disappoint you all.”